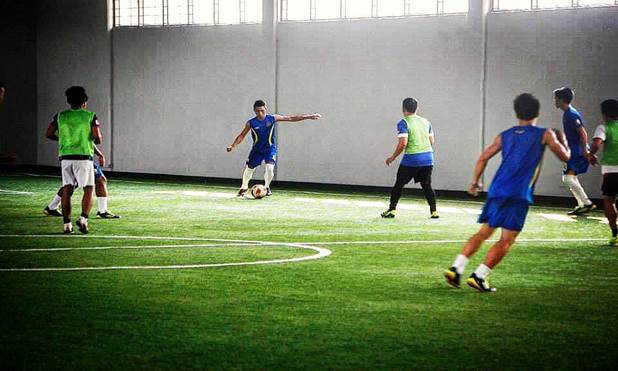 Whether you are a die-hard football fan who wants to get into the sport, or simply just looking for a new form of exercise, you may be interested in joining the Football Fundamentals for Adults Program at the Sparta Football Academy.

Sparta Football Academy is located inside the 10,000 square-meter Sports and Recreational Training Arena or SPARTA, along Pioneer Street in Mandaluyong City, and is best known for the first and only FIFA certified 1-star indoor football field in the country.

According to SPARTA's owner Amanda Fernandez, "The program was set-up so that adults can experience the beauty of the sport for the first time.  It is also meant to teach the basics of football and expand the football community in the Philippines."

"Expected results for this crash course revolve around having a very good understanding of the basic skills and rules of football, as well an appreciation for the sport", she adds.

The program will be headed by Head Coach Joel Villarino and Assistant Coach Joseph Villarino.

The program will start February 3 and will be held every Wednesday from 2-4 in the afternoon for the entire month.

SPARTA is a one-stop sports, lifestyle and wellness center built for the highly competitive athlete.  It strives to become the most influential sports facility in the Philippines through its centralised location, expert trainers and programs developed for those who aim to dominate the competition.