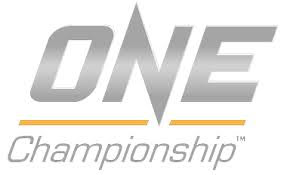 The largest sports media property in Asian history, ONE Championship™ (ONE), has announced that its inaugural event in Surabaya, Indonesia, ONE: CONQUEST OF KINGS initially set for 29 July, is currently being rescheduled due to logistical issues and has been postponed as of further notice.

ONE Championship has always put on incredible live events in Indonesia, and four additional events are being planned in the country for 2018. Fans can expect to see Indonesian martial arts superstars in featured bouts such as “The Terminator” Sunoto, Stefer Rahardian, and Anthony “The Archangel” Engelen, to name a few.

ONE Championship is set for another blockbuster evening of world-class entertainment with its second historic event in Macao, China. On 5 August, ONE: KINGS & CONQUERORS will once again light up the Cotai Arena of The Venetian Macao with a showcase of authentic martial arts action. In the main event, ONE Bantamweight World Champion Bibiano Fernandes of Brazil will take on top contender Andrew Leone of the United States.

37-year-old Bibiano “The Flash” Fernandes of Brazil is the reigning ONE Bantamweight World Champion, and widely considered one of the best bantamweights in the world. He made his promotional debut back in 2012 and captured the title in 2013, and has since then remained unbeaten inside the ONE Championship cage, showcasing tremendous striking and grappling ability. A winner of his last 12 bouts, including three submissions and two knockouts, Fernandes is set to defend his title against Andrew Leone.
Andrew Leone of Cortland, New York, is a 27-year-old martial artist who trains alongside some of the most talented combat sports athletes in Asia at the renowned Bali MMA gym in Bali, Indonesia. With a standout record of eight wins and only two losses, Leone is coming off three solid victories over top-caliber opponents, earning him a shot at the ONE Bantamweight World Championship. In his next bout, Leone will challenge Bibiano Fernandes for the world title.