ONE Championship Announces ONE: Quest for Greatnest for Kuala Lumpur on 18th of August 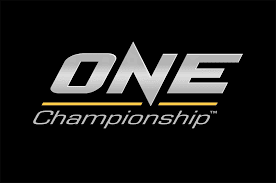 The largest sports media property in Asian history, ONE Championship™ (ONE), has just announced another blockbuster evening of authentic martial arts action. ONE: QUEST FOR GREATNESS is set to return to the iconic Stadium Negara on 18 August for another spectacular showcase of Asia’s top martial arts talent. In the main event, undefeated ONE Featherweight World Champion Marat “Cobra” Gafurov of Russia puts his world title on the line against top contender Martin “The Situ-Asian” Nguyen of Australia.
Ticket information for ONE: QUEST FOR GREATNESS is available at www.onefc.com
Chatri Sityodtong, Chairman and CEO of ONE Championship, stated: “It is always an exciting time in Kuala Lumpur whenever our world-class athletes climb atop Asia’s biggest and grandest martial arts stage. Our warriors are eager to put on a show for fans in Kuala Lumpur, and it is our honor to have them perform in this marvelous city. Marat Gafurov and Martin Nguyen are two of the promotion’s finest featherweights. They have met before, with Gafurov taking victory via submission in their first encounter. This time, however, a better-prepared and refocused Nguyen vows to finally bring the title back to Sydney.”
Marat “Cobra” Gafurov of Dagestan, Russia, is the reigning ONE Featherweight World Champion. An undefeated martial artist with 15 wins and no losses, Gafurov is a high-level grappler with 11 of his wins coming by impressive submission over top-caliber opponents. Rarely challenged and always dominant, Gafurov captured the featherweight title in 2015 with a gutsy victory over former champion Narantungalag Jadambaa in an epic battle. In his last bout, Gafurov defeated Jadambaa once again in a rematch a year later to cement his claim as the undisputed ONE Featherweight World Champion. He will defend his title next against Australia’s Martin Nguyen.
28-yea old Martin “The Situ-Asian” Nguyen of Sydney, Australia, is a former featherweight title challenger with a 8-1 professional record. His only loss came at the hands of reigning ONE Featherweight World Champion Marat Gafurov, when he stepped up to accept their first showdown on just a few days’ notice. None of Nguyen’s victories have gone to a decision, giving him five solid knockout wins as well as three victories by submission. In his last bout, Nguyen defeated Japanese veteran warrior Kazunori Yokota via first-round knockout. Nguyen’s all-around skill set allows him to compete at the highest level as a professional. In a highly-anticipated rematch, Nguyen once again receives a shot at the ONE Featherweight World Championship when he takes on Marat Gafurov for the second time.
Ev “E.T.” Ting is a professional martial artist with deep roots in Kuala Lumpur, Malaysia. Living and training out of Auckland, New Zealand, Ting owns a stellar 13-4 professional record, including four wins by submission and four exciting knockouts. A winner of four of his last five bouts over top-caliber opponents, Ting is one of the most talented competitors to come out of Malaysia. In his most recent bout, Ting challenged ONE Lightweight World Champion Eduard Folayang, falling by unanimous decision in a gruelling five-round matchup. Ting now returns to Kuala Lumpur to face another challenge in Nobutatsu Suzuki.
A 39-year old Japanese veteran from Tokyo, Nobutatsu Suzuki is the former ONE Welterweight World Champion. With a professional record of 11-2-2, Suzuki is adept in both striking and grappling, also possessing well-rounded wrestling ability. He first captured the inaugural title with a victory over veteran competitor Brock Larson, only to succumb to now-reigning champion Ben Askren in the bout following. After a break from competition, Suzuki now returns as a lightweight to face Ev Ting.
Agilan “Alligator” Thani of Kuala Lumpur, Malaysia, will be making his return to the ONE Championship cage following his first shot at a world title opposite reigning ONE Welterweight World Champion Ben Askren. Although Thani fell short of victory against the American, he gained a great amount of experience as a result and has emerged as a more seasoned combatant. The 21-year old is 7-1 as a professional, with five of his seven victories ending in the first round. All of Thani’s victories have come by exciting finish. The young Malaysian has shown steady improvement in each outing. He is now set to take on Sherif Mohamed. 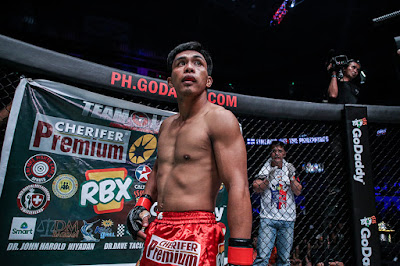