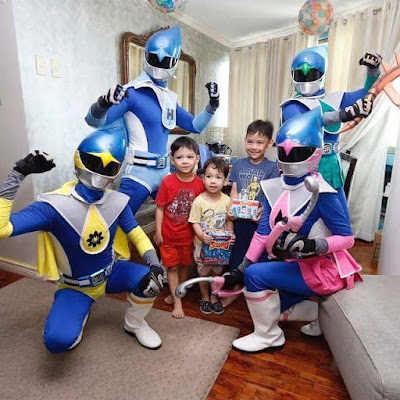 Have you seen the Hygienix Shower Rangers unleashing their Shower Power Kick and Hygienix Powerblast on the vile Germdugo? It’s all part of the #FightWorldGermination campaign by Hygienix. The nod toward superhero team TV shows that dominated Philippine screens in the 1990s was a choice that aligned with the brand ’s strategy. “We wanted to change the conversation around the antibacterial category and show that though it is a serious matter, it can be fun and entertaining--yet still credible,” says Splash Corp.’s Joyce Jacobe.

This led to the idea of a villain, the Germperor, trying to “germinate”—that is, use germs for world domination—and the only weapon against it is the Hygienix Shower Rangers, a band of four superheroes each representing a quality of the product: Refreshing Scent, Non-drying, Germ-killing, Value for money.

“We hope to capture the attention of modern, busy moms and young adults alike, and a lot of them grew up watching and looking up to TV superheroes. We thought this creative execution is something that will help us stand out,” Jacobe says.

The 2-minute video shared online expanded the audience reach of the ad material. “We were able to target a wider audience, specially those who don’t regularly watch TV and spend more time online (thus missed out seeing our TVC),” Jacobe explained. “The video on https://www.facebook.com/hygienixph/ showed a more complete and fun story, which engaged a lot of people to share it on their pages, and in turn, increased ad viewership.”

According to Jacobe: “Based on comments received on the Hygienix Facebook Page, the videos were effective in convincing consumers to try the product, and or for those who tried the product, liked it and made it a regular part of their grocery list. It sparked online conversations among our target market.”