Christian Lee To Rematch Edward Kelly at ONE: ETERNAL GLORY 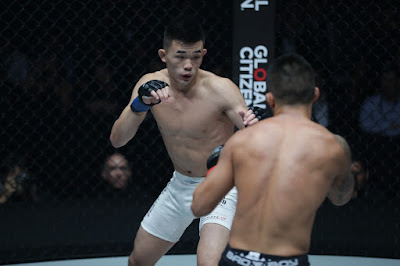 Former ONE Featherweight World Title challenger Christian “The Warrior” Lee of Singapore is set to face the Philippines’ Edward “The Ferocious” Kelly in a highly-anticipated rematch at ONE: ETERNAL GLORY, set for the Istora Senayan in Jakarta, Indonesia on 19 January. The two warriors have met each other before, with Lee dropping a disqualification loss to Kelly after an illegal suplex.

The two featherweights are tops in their division, whose champion is none other than Australia’s Martin “The Situ-Asian” Nguyen. A victory for Lee or Kelly would certainly bring either closer to a shot at the ONE Featherweight World Title.

The first time they met at ONE: BEYOND THE HORIZON last September, it started off as a heated battle. Kelly had his moments early, tagging Lee with a couple of hard shots, while the young Singaporean dominated the grappling exchanges. An ill-fated suplex ultimately led to the disqualification ruling, with Kelly landing on his head and the referee calling a halt to the contest shortly after.

Matters are expected to be resolved in the do-over bout, and this time, fans expect a more decisive finish. 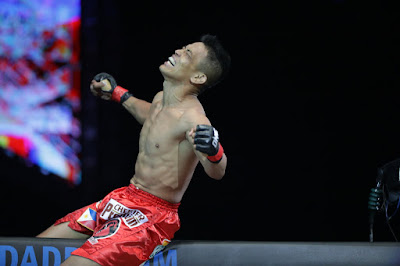 The 20-year-old Lee is one of ONE Championship’s top prospects. Even at such a young age, “The Warrior” has shown incredible poise and polish. Guided by his father Ken Lee at United MMA in Hawaii, and by the world champions at Evolve MMA in Singapore, Lee is a martial arts prodigy.

He is the younger brother of reigning ONE Women’s Atomweight World Champion “Unstoppable” Angela Lee and often trains with her. In May 2018, Lee was on the wrong end of a split decision when he challenged Nguyen in his first shot at the ONE World Title. This championship experience however has made him a better fighter.

Kelly, on the other hand, is a prominent member of the famed Team Lakay, one of the top martial arts outfits in the world. The stable includes World Champions such as Eduard Folayang, Joshua Pacio, Geje Eustaquio, and Kevin Belingon, who Kelly trains with on the regular.