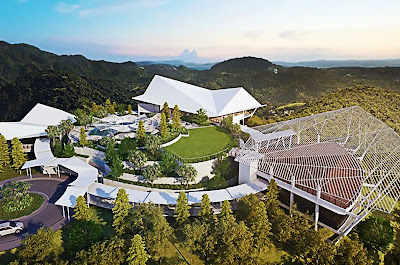 8990 Holdings, one of the fastest growing real estate developers in the Philippines and listed on the Philippine Stock Exchange under the symbol “HOUSE,” will literally rise a thousand feet above sea level, as it enters into high-end property development. 8990 Holdings has agreed to acquire 100 percent of the outstanding shares of GENVI Development Corporation, one of Cebu’s top developers of high-end properties, including its flagship project, Monterrazas de Cebu.

A rare gem hidden for generations, Monterrazas de Cebu is the largest and last remaining contiguous mountain property development in the heart of Cebu City. The more than 200-hectare property, which has a commanding view of Cebu, Mactan, and Bohol, is a masterplanned integrated community with residential, commercial, and institutional clusters.

Its first set of phases have already been launched and are in varied stages of development. In 2007, Monterrazas de Cebu offered its first high-end residential community, The Peaks. Here, residents get to wake up to the most majestic views of the city and enjoy the five-star amenities of its clubhouse, Verandas.

The Verandas is to be perched on the highest peak of Monterrazas, featuring unmatched architectural beauty that gives residents a 360-degree view of not only the city, but the islands of Mactan, Bohol, and the Buhisan forests.

A year after it introduced The Peaks, Monterrazas de Cebu launched another residential community called North Ridge—an upscale subdivision focused on the core Filipino value of family, where they can share intimate bonds and make timeless memories without boundaries, all against a backdrop of the city skyline and the islands beyond.

In addition, residents of the North Ridge community can take delight in their own landmark clubhouse called The Pavilions. It features a free-form infinity pool, a play area, a lounge, and two function rooms.

These existing projects, however, are less than half of the total land area of Monterrazas de Cebu. With 8990 Holdings’ acquisition of GENVI Development Corporation, the development of these upscale subdivisions and high-end residential communities will definitely continue. In fact, the company also plans to offer other residential projects for those seeking luxury living close to the city.

“The acquisition of Monterrazas de Cebu firms up our intention to expand 8990 Holdings into other real estate segments that have proven to have strong demand in the past years,” said 8990 Holdings president and chief executive officer Willie J. Uy.

Prior to entering the upscale segment, 8990 Holdings has made big moves to beef up and support its plans.

The company acquired new technologies which will be used in developing Monterrazas de Cebu and its future projects. It is also exploring architectural designs seen in the top cities around the world which will be adopted in the next phase of the Monterrazas de Cebu development. Spearheading the sales team will be Dennis Lim, who joins 8990 Holdings as national sales head.

“We wanted to get someone who has the experience in the higher end market. We found this in Dennis Lim. His 21 years of experience in real estate and handling luxury projects, such as the Grand Hyatt Manila, was the main reason why we believed he would help bolster 8990 Holdings’ move towards this segment,” added Uy.

“Our ultimate goal is to become one of the largest property companies in the Philippines. Through organic growth we have been able to double our revenues to Php11.5 billion from a mere Php5.7 billion six years ago and expand our land bank to almost 600 hectares. The addition of Monterrazas de Cebu brings 8990 Holdings’ landbank to approximately 800 hectares. As with other top companies, it is a natural progression for one to move into new markets to achieve sustained exponential growth in the years to come.”

8990 Holdings’ aggressive growth has indeed risen a thousand feet. And it looks like the company is showing no signs of letting up.
Posted by Boy Raket at 5:00 PM