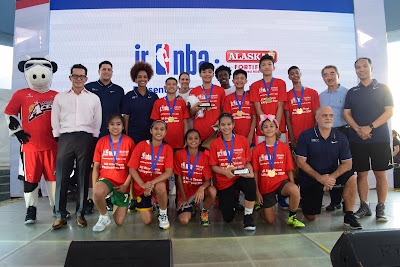 Five boys and five girls were selected during the Jr. NBA Philippines 2019 presented by Alaska National Training Camp to comprise the newest batch of Jr. NBA All-Stars and represent the country at the first Jr. NBA Global Championship Asia Pacific Selection Camp in Jakarta, Indonesia in June to train with top youth players from the region.

Cleveland Cavaliers guard Collin Sexton and WNBA Champion Ticha Penicheiro joined Jr. NBA coaches Carlos Barroca and Natalia Andre and Alaska coaches Jeffrey Cariaso and Tony dela Cruz to help coach the 80 participants at the Gatorade Hoops Center and Don Bosco Technical Institute on May 18 and in the boys and girls exhibition game at the SM Mall of Asia Music Hall on May 19.  The final day of the Jr. NBA National Training Camp hosted an exhibition game for former Jr. NBA All-Stars and was attended by notable alumni including collegiate players Thirdy Ravena and Janjan Jaboneta. 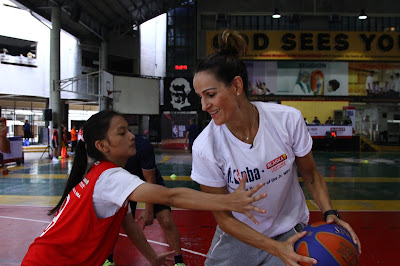 Jr. NBA Philippines presented by Alaska is committed to improving youth health and wellness and addressing growing inactivity by highlighting the importance of proper nutrition and an active lifestyle to participants.  Since its launch in 2007, Jr. NBA Philippines has reached more than two million players, coaches and parents in over 190 cities and municipalities nationwide, teaching the fundamentals of basketball and the program’s core values of sportsmanship, teamwork, a positive attitude, and respect (S.T.A.R.). 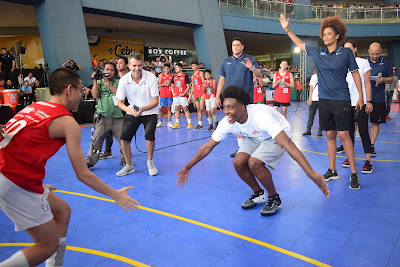 For all things NBA, fans can follow Jr. NBA on Facebook and the NBA at www.nba.com and onFacebook and Twitter. Fans can visit www.alaskamilk.com to learn more about the Alaska Milk Corporation, and follow Alaska Milk on Facebook for more information about Alaska Sports.

The following is a complete list of Jr. NBA Philippines 2019 All-Stars: 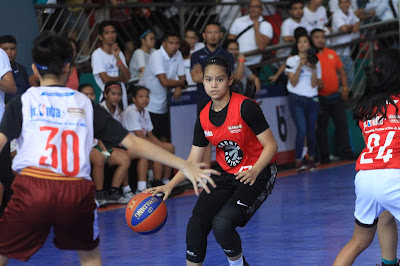 Coaches of the Year: Orlando Estrelles and Precious Jimenez

The NBA is a global sports and media business built around four professional sports leagues: the National Basketball Association, the Women’s National Basketball Association, the NBA G League and the NBA 2K League.  The NBA has established a major international presence with games and programming in 215 countries and territories in 50 languages, and merchandise for sale in more than 100,000 stores in 100 countries on six continents.  NBA rosters at the start of the 2018-19 season featured 108 international players from 42 countries and territories.  NBA Digital’s assets include NBA TV, NBA.com, the NBA App and NBA League Pass.  The NBA has created one of the largest social media communities in the world, with 1.6 billion likes and followers globally across all league, team, and player platforms.  Through NBA Cares, the league addresses important social issues by working with internationally recognized youth-serving organizations that support education, youth and family development, and health-related causes.

Given the growing issues on health as well as the fast-changing technological environment, which leads to the change in children’s interests and behavior or sedentary lifestyle, Alaska believes that there is a need to reinforce its thrust in leading a healthy lifestyle not just by drinking milk but also by leading an active lifestyle. Alaska seeks to engage the youth, especially younger kids, in sports.

Alaska Milk looks beyond selling milk – it sells nutrition and by doing so, the Company and brand Alaska is doing its part in nation-building.  Through youth sports development programs, Alaska is able to help nourish children for them to develop into champions in the field of interest and, in general, in life.  The overall objective of the Alaska Sports is to strengthen the brand’s equity in nutrition through sports.  To portray Alaska Fortified as a brand that helps instill the values of determination, discipline, teamwork, and hard work among the youth through sports.