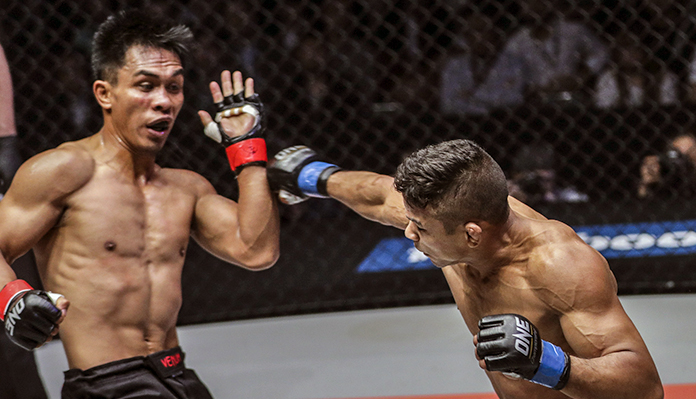 Former ONE Bantamweight World Champion Kevin “The Silencer” Belingon is determined to take back the World Title from reigning titleholder Bibiano “The Flash” Fernandes at ONE Championship’s historic 100th live event, ONE: CENTURY.

The pair will return to the iconic Ryōgoku Kokugikan in Tokyo where they last met at ONE: A NEW ERA. Belingon was disqualified in the second round due to an accidental strike to the back of the head of Fernandes resulting in the latter’s inability to continue. As a result, Fernandes was awarded the title. But it wasn’t the way he had envisioned winning it back.

After reviewing the bout, ONE Championship announced an automatic rematch.

“This is the most important match of my career and as a member of Team Lakay,” Belingon said.

“The team and I have been committing the tiniest of mistakes recently that have cost us the match. I want to end the losing streak of Team Lakay in Japan. I have worked too hard to let the belt slip away from my hands again. I will show the world what I have been working on since our last meeting.”

Part of his preparations is to continue to study his Brazilian foe, even though they have met three times before. Belingon chooses to focus on the strengths of his opponent alone and work
out a strategy from there. Part of him believes that having the mindset of an underdog will eliminate, if not reduce, the chances of making costly mistakes.

“Bibiano is still the same fighter in all three events we met,” Belingon said.

“He still has the power, the ground game, and the confidence each time he steps in the cage. I know that like me, he is also determined to win, but I think he has slowed down due to his age. 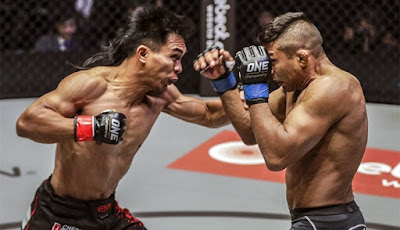 “Regardless if there are any weaknesses in his game, I refuse to acknowledge them. For me, he is the toughest opponent. Losing at this point is unacceptable.”

Belingon made a promise to his fellow Filipinos, saying he would win back the world title and bring it home to Baguio City, where he resides and trains with Team Lakay. Belingon is turning all the stress and challenge into motivation that can fuel his hunger to become the world champion that he believes he is born to be.

“I promise to bring home the world title back to the Philippines,” Belingon concluded.

“There is a lot of pressure and negativity coming into this match, but that’s fine. It makes me more focused on my goal, and that is to prove that I am the rightful owner of that belt. This match is for my family, Team Lakay, and the Filipinos who have always been supporting us. I will do my best to make our country proud.”
Posted by Boy Raket at 2:30 PM