Rene “The Challenger” Catalan’s long wait for a shot at the title will come to an end on November 8 as he challenges Joshua “The Passion” Pacio for his ONE Strawweight World Championship.
The veteran Catalan knows that opportunities like this are hard to come by, and he will not let his chance at glory slip at the Mall of Asia Arena in Manila, Philippines, when he takes on Pacio in the main event of ONE: MASTERS OF FATE.
“I’m one hundred percent focused on getting this belt,” Catalan said.
“It’s every fighter’s dream to become a World Champion. I’m hungry and determined to win the title.”
Pacio lost and regained the title in 2019, and before the year ends, he will put it on the line one more time.
For “The Passion”, it’s a chance to further legitimize his claim to the strawweight throne. For Catalan, it presents an opportunity to realize a lifelong dream. The 40-year-old Filipino knows Pacio is beatable, and it all depends on how he executes on fight night.


“Just like every other fighter, he has his strengths and weaknesses. We’re going to try and deal with that in the fight. It all comes down to the game plan we have heading into this. It’s going to be an exciting contest.”

No matter the opponent, there is one thing Catalan will always be proud of and that’s representing his home country on the global stage of competition. He did so in Wushu as an amateur, and continues to do so even now as a professional.

For Catalan, fighting for the Philippines invokes in him a sense of pride and honor.

“I love my country and it is always an honor to represent the Philippines,” Catalan said.

“I’ve worn the flag for most of my athletic career, and I have always considered it a privilege. Through competing, I aim to show everyone the principles of martial arts. I am not just fighting for my team, but also for the glory of my almighty God.” 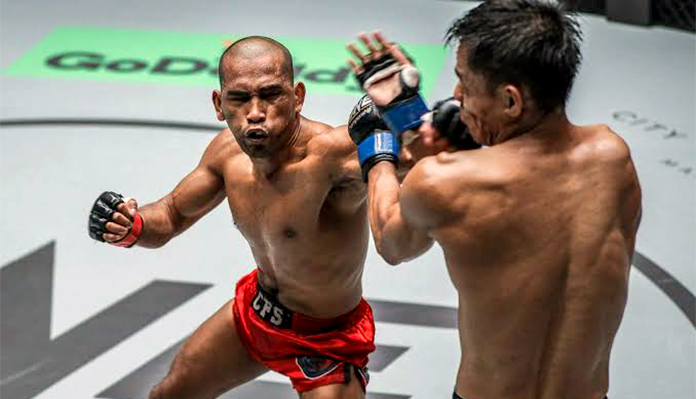 With both Catalan and Pacio being Wushu striking specialists, the elder athlete believes that this encounter will be brief. However, as a fighter with veteran experience, Catalan knows he must prepare for all scenarios, and be ready for wherever the action takes him.

No one can predict exactly when and how the bout will end, but Catalan says fans should expect an action-packed showdown between two top strawweights.

“Given our styles, it’s not hard to predict this fight will end within the distance,” Catalan concluded.

“But I’m training and preparing to go all five rounds to win a decision if necessary. As a fighter, you have to be prepared for all scenarios.”
Posted by Boy Raket at 12:30 PM