ONE Championship On Tap for Record 50 Live Events in 2020 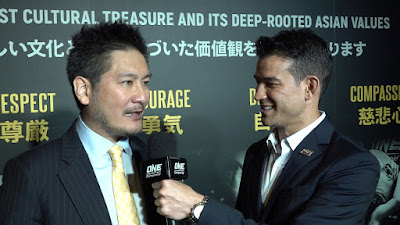 Martial arts giant ONE Championship just concluded a landmark 2019, the promotion’s biggest year yet. But it has already dropped a huge bombshell heading into 2020.
The organization’s Chairman and CEO Chatri Sityodtong took to social media late Sunday night to announce that ONE Championship is set to produce a record-high 50 live events this year across all of its platforms and key properties. This shatters the previous record of 42 events in 2019.
“I am thrilled to announce that ONE Championship will produce a record high 50 events in 2020 (vs. our prior record of 42 events in 2019) across our key properties: ONE Championship, ONE Super Series, ONE Hero Series, ONE Warrior Series, and ONE Esports,” Sityodtong wrote.
The news comes on the heels of ONE announcing new strategic partnerships with top brands including JBL, TUMI, Redbull, Lazada, DBS Bank, Foodpanda, Hugo Boss, Harvey Norman, Secretlab, California Fitness, Kredivo, Reckitt Benckiser, and Unilever.
Apart from major events in its key markets such as Bangkok, Manila, Tokyo, Jakarta, Singapore, Kuala Lumpur, and China, among others, ONE also eyes breaking into new markets India and the United States, slated for later on in the year if all goes according to plan says Sityodtong.
ONE Championship kicks off 2020 with ONE: A NEW TOMORROW, set for this Friday, 10 January at the Impact Arena in Bangkok, Thailand. The main event features a highly-anticipated rematch between ONE Flyweight Muay Thai World Champion Rodtang Jitmuangnon and former champion Jonathan “The General” Haggerty.
Building on its most successful year yet
ONE Championship held a plethora of ground-breaking events in 2019, highlighted by its massive ONE: CENTURY card in Tokyo last October that featured two full-scale world championship events. It was the most-talked about event of the year, with pundits and media from around the world hailing it as “the largest martial arts event in the last 100 years.”
Apart from this, the company’s esports arm ONE Esports held its first live event in Singapore last December -- the ONE Esports Dota 2 Singapore World Pro Invitational -- which was a smashing success. The company announced a ONE Dota 2 Jakarta Invitational not long after, as well as the ONE Singapore Major.
ONE Championship is doing incredible work across the full spectrum of their offerings, and fans from all sides are keeping a close eye on the developments. More to expect in the coming days as Sityodtong teases more major announcements.
Posted by Boy Raket at 3:00 PM