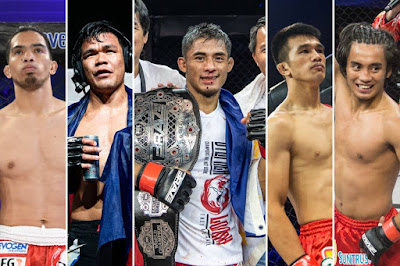 Since its inception in late 2016, BRAVE Combat Federation has grown from a mere upstart with dreams of bringing its own brand of mixed martial arts (MMA) to the mainstream, into a combat sports powerhouse taking key markets by storm.The Bahrain-headquartered promotion has staged nearly 50 live events and has visited 20 different countries, including United Arab Emirates, India, Mexico, Sweden, Brazil, South Africa, United Kingdom, Saudi Arabia and the Philippines.To further cement its position as the fastest-growing MMA organization in the world, the prominent BRAVE Arena will land in the beautiful city of Sochi to host the company’s first-ever event in Russia on January 16 next year.In spite of the public confirmation of BRAVE CF’s maiden venture on Russian shores, no matches were announced. Questions arose as mystery shrouds the identities of the athletes who will strut their wares on the aforementioned card.BRAVE CF president Mohammed Shahid hinted at the possibility that Filipino fight fans may see the best and brightest talents from the Philippines as part of the landmark affair.“The Philippines has been a focus for BRAVE Combat Federation from the very beginning,” he stated. “From time to time, warriors from the Philippines prove that they have not only the skill to compete at the international level but also the heart that matters when it comes to combat sports.”Here are the five Filipino fighters who may end up donning the country’s colors in BRAVE CF’s inaugural trip to Russia.Stephen LomanTeam Lakay’s Stephen Loman (14-2) seems to be the best choice to be one of the feature attractions, if not the extravaganza’s main event. The 25-year-old Baguio City resident has been a top draw for BRAVE CF, headlining three high-profile cards that included the outfit’s first foray into the Philippines in March 2019. 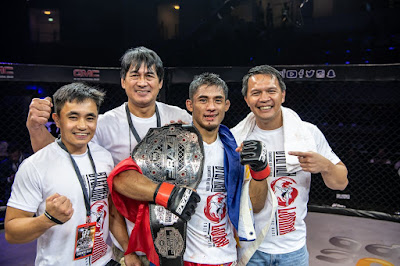 Since becoming the first BRAVE CF Bantamweight world champion, Loman has been on a tear, beating opposition after opposition. Now, he is the longest-reigning titleholder in the promotion’s fledgling history.Loman was last seen in action when he routed Canadian challenger Louie Sanoudakis at BRAVE CF 30 in November 2019 by way of unanimous decision.Shahid believes that Loman has the potential to follow in the footsteps of Manny Pacquiao as the next great Filipino sports hero.“I really believe that he (Loman) will take the sport of MMA to another level in the Philippines. He keeps on proving that he is a deserving champion," he said. "He is the biggest combat athlete in the Philippine along with Manny Pacquiao. I said it before and I'll say it again.”“People say we gave him the opportunity, but it's actually the opposite. He gave us the honor of fighting in our organization. I was sad that not a lot of Filipinos knew him, but now I'm the happiest man because the country found a new hero, a fighter who proudly represents the country.”Rolando DyRolando Dy (14-9), the son of Filipino boxing legend Rolando Navarrete, has been a household name in Philippine MMA for almost a decade. The 29-year-old has competed in several notable international organizations and has been a member of the BRAVE CF roster as early as 2017. 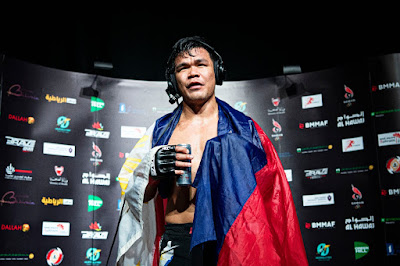 Dy is best remembered for his promotional return at BRAVE CF 22 when he scored a highlight-reel knockout victory over Mehmosh Raza. There, he sent the Pakistani’s mouthguard flying with a left hook-right straight combination in the first round.Most recently, Dy eked out a unanimous decision win against John Brewin in a Lightweight title eliminator at BRAVE CF 44 last November 5, earning a future date with newly-minted division kingpin Amin Ayoub.With both men making a gentlemen’s agreement to face each other for the belt a few weeks ago, matchmakers will definitely consider booking the championship showdown between Dy and Ayoub in Sochi next year.Jeremy PacatiwAnother Team Lakay standout in the form of Jeremy Pacatiw (10-4) has been turning heads lately. He owns the record of most bouts under the BRAVE CF banner and holds exciting victories over the likes of Thiago Dela Coleta, Keith Lee, Uloomi Karim and compatriot Mark Alcoba. 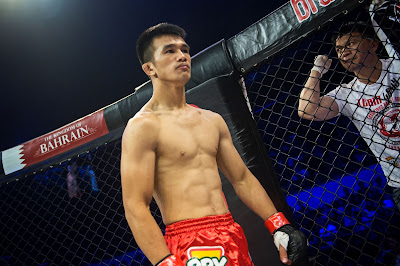 In his last BRAVE Arena outing, the 24-year-old Baguio City native thwarted former title contender Felipe Efrain in the very first round at BRAVE CF 33 in December 2019.Pacatiw is a well-traveled competitor, having undercard bouts held in nations such as Saudi Arabia, Pakistan, Morocco, Brazil, Bahrain, India and Indonesia. It will be no surprise if “The Juggernaut” gets a plane ticket to Sochi on January 16.Harold BanarioHarold Banario (5-2), the young brother of former world champion Honorio Banario, took a four-year hiatus from the sport in order to earn a college degree at the University of the Cordilleras. 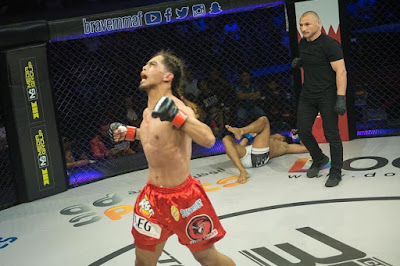 But when he made his return to active competition, it was nothing short of spectacular. Banario compelled fellow Filipino Ariel Oliveros to wave the white flag with a kneebar submission in the opening salvo of their BRAVE CF 22 clash.Though Banario failed to author the perfect follow-up to his scintillating promotional debut as he bowed to Gamzat Magomedov at BRAVE CF 33, he vowed to redeem himself in the eyes of the die-hard Team Lakay supporters. His road to redemption may likely lead him to Sochi.Jomar Pa-acJomar Pa-ac (6-2) has been a diamond in the rough among Team Lakay representatives in BRAVE CF, acing three of his four assignments since arriving in December 2016. 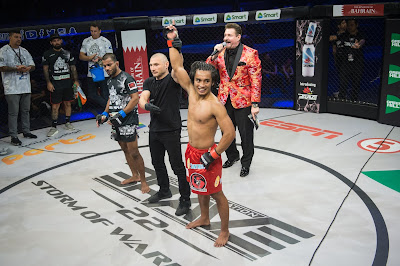 He has yet to re-enter the BRAVE Arena after outpointing Satya Behuria via unanimous decision at BRAVE CF 22.Despite the pandemic, Pa-ac has found ways to keep himself in tip-top shape, training with his teammates like Joshua Pacio and Danny Kingad at Team Lakay’s state-of-the-art facility in La Trinidad, Benguet.Having Team Lakay’s loyal fanbase behind him when he fights, there is a huge chance that Pa-ac will get a call to wear the stable’s signature bright red trunks in Sochi.
Posted by Boy Raket at 12:00 PM