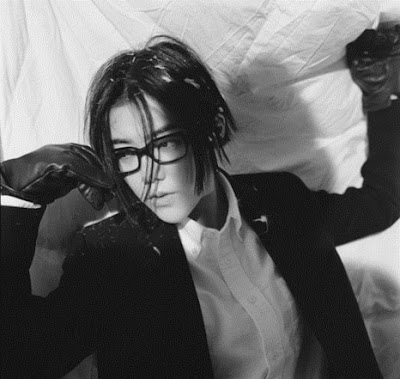 “We thought it would be fun to put out a special Korean version of ‘Be Sweet’ preceding our upcoming performance in Seoul. Im very grateful Yaeji helped me with the translation over a year ago,” says Zauner. “So!YoON! is one of my favorite indie artists in Seoul right now and I’m so happy we got to collab.”

Earlier this year Zauner was named one of the most influential people of 2022 by TIME Magazine for their annual Time100 issue and Japanese Breakfast played Saturday Night Live’s Season 47 finale.

Zauner’s acclaimed memoir, Crying In H Mart, which she’s currently adapting for the screen for MGM’s Orion Pictures, has been on the New York Times Best Seller list for 51 weeks.

8/26 - Stanford, CA @ Here And There at Frost Amphitheater

9/3 - Denver, CO @ Here And There at The Mission Ballroom

So!YoON! is the moniker of solo project from Hwang Soyoon, frontperson of South Korean band SE SO NEON. Hwang first began her career as a musician forming SE SO NEON at the age of eighteen in 2016. Winning “Rookie of the Year” and “Best Rock Song of the Year” at the prestigious Korean Music Awards in their debuting year, SE SO NEON instantly became a name to look out for. Since then, SE SO NEON has garnered a dedicated following around the world having toured globally including their recent headlining tour in North America.

Beside the luminous success of her band, Hwang launched her solo act So!YoON! as a character separated from her existing gig in 2019. So!YoON! first released single “HOLIDAY” in April 2019, a month prior to full disclosure of self-titled album “So!YoON!”. Accompanied by a dazzling list of featured artists and producers from various genres ranging over Soul, Pop, Hip hop, Rock and Electronica, “So!YoON” marked a bold declaration of new genre of its own, dismantling preconceived categories of music.

So!YoON! released single “Wings” along with Thai singer-songwriter Phum Viphurit in 2020 which garnered over 9 million listens on Spotify. Continually expanding her artistic boundaries through global collaborations, So!YoON! also participated as official showcasing artist at SXSW in 2022.