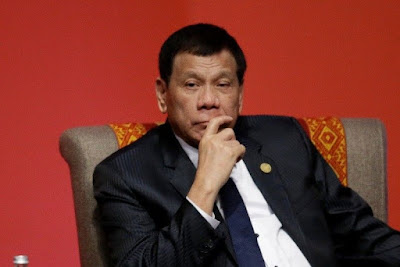 The administration of President Rodrigo Duterte killed 141 activists and members of different people’s organizations including 5 minors from July 2016 to March 2018 and has killed at least 20,000 suspected drug pushers and users including those wrongfully accused and minors. The killings were based on mere allegations, and the deaths of the victims of extrajudicial killings were justified by lies, according to children’s rights group Children’s Rehabilitation Center (CRC) as they joined today’s protests during the commemoration of Martial law declaration in the Philippines.

“Aside from the killing spree, since President Duterte assumed presidency, 10,023 children were almost killed, and 20 minors were illegally arrested and illegally detained. This includes the torture victims from Compostela Valley who were held captive for 8 days, starved, burned and left for dead,” Frances Bondoc, Officer-in-Charge of Children’s Rehabilitation Center (CRC), said.

“Duterte’s Martial Law has spread fear and sowed terror among the people. He encouraged the military and police to attack people’s organizations, Lumad communities, women and children, including suspected drug pushers. He enabled and allowed the increasing number of human rights violations. Communities and individuals including children are accused of being supporters and/or members of New People’s Army (NPA), as elements of the Armed Forces of the Philippines (AFP) propagate lies while red-tagging individuals and repressing their civil and political rights,” Bondoc added.

According to CRC, President Duterte used Martial Law to serve his own agenda, much like his idol, the dictator Ferdinand Marcos. Martial Law served Duterte’s cohorts and big businesses to plunder Philippines’ natural resources, raking huge profits while leaving people scavenging on low wages and unstable jobs and encouraging children to participate in precarious and hazardous labor. Martial Law killed hundreds of civilians in Mindanao and displaced almost half a million Filipinos (427, 232) and bombed communities affecting 356, 304 civilians.

Children’s rights advocates from CRC and other rights groups demanded an end to Martial law and pursue of a just and lasting peace through the street protest. The group also emphasized that genuine peace can only be achieved upon serving justice to all victims of human rights violations, including children and the indictment of the guilty President Rodrigo Duterte, accountable for all his crimes against the Filipino people.

“As the United Nations celebrate September 21, International Day of Peace, Filipinos marked the day with protest against intensifying human rights violations and condemned the continuing impunity of a despotic tyrant who implements his anti-people policies. We will always remember September as a grim reminder of the abuses of Martial Law. AS LONG AS HUMAN RIGHTS VIOLATIONS CONTINUE AND ABUSE OF POWER PREVAIL, THERE WILL BE NO JUSTICE. WITHOUT JUSTICE THERE CAN NEVER BE GENUINE PEACE,” Bondoc concluded.

*This is Press Release
Posted by Boy Raket at 10:00 AM