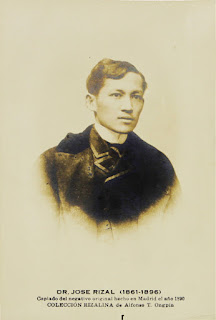 First on the list is what is described as “the last epic Botong”, none other than the magically romantic “Nose Flute.” The massive work, once owned by the Lovina-Palileo family and now in the possession of an extremely important Asian collector, measures a stupendous 4 feet by 6 feet and is one of Botong’s largest easel works. Painted in 1955, it was only ever seen once in public when it changed hands in 2012. “The Nose Flute” is widely considered the “Mount Olympus” of Carlos V. Francisco’s masterpieces not only because of its Olympian size but also because it was created at the pinnacle of his painterly powers. In fact, it took the better part of a decade to bring home this glorious work to the land of its birth. The sale, in fact, is in cooperation with One East Larasati Hong Kong. 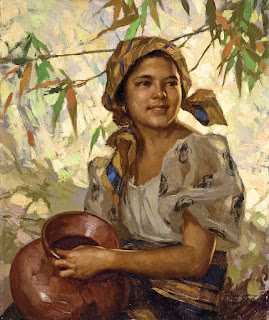 A lyrical Amorsolo of a ‘Dalagang Bukid (The Country Lass)’ that once belonged to the artist Fernando Zóbel is a tribute to a happier by-gone era. Newly returned from study in Spain — thanks to Zóbel’s father, the industrialist Enrique Zobel de Ayala — Amorsolo’s sun-dappled creation from 1927 recalls an arcadia that became the artist’s most beloved signature.
In marked contrast is the mixed-media study by Manansala for his opus “Pila sa Bigas (Queuing for Rice).” Mang Enteng here chose to focus on the plain features and simple lives of the city housewives, hoping to find enough for the family’s meal in this highly evocative work. Another stupendous canvas is “Mga Sabungero”, from the collection of Ambassador J.V. Cruz.
Fernando Zóbel’s Saeta 52, painted in 1958 and exhibited at the legendary Philippine Art Gallery or PAG is another riveting work. Only ten such paintings of this size are known to exist, most of them being in museums and public collections. His eloquently-titled “The River Jucar and Rembrandt’s Wife Asleep” is a study in serenity. 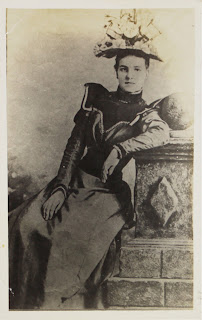 Another modernist work, titled “Ascencion/Cross-Section” by Alfonso Ossorio — friend, confidante and patron of fellow Abstract Expressionist Jackson Pollock — is believed to be a tribute to his fallen friend, created in the period after Pollock’s sudden death while driving to Ossorio’s home in East Hampton. 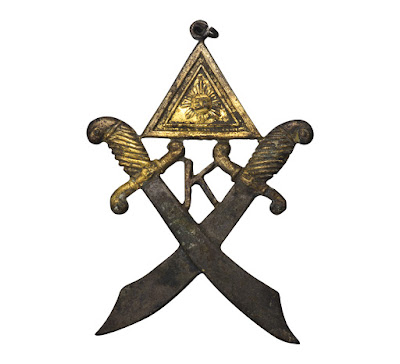 Andres Bonifacio’s “Ten Commandments” for the secret society Katipunan is an exceedingly rare and important document. Written in his own hand, and said to be in own blood, the Decalogue or the “Duties of the Sons of the People” is the most famous Filipino historical document and is the cornerstone of the Philippine Revolution of 1896. Also intriguing are membership documents of the KKK indicating how well-organized and visionary Gat Andres was. Also in focus is a ceremonial medal worn by a member of the Katipunan’s Supreme Council. Consisting of two crossed bolos it is a real remembrance of our heroism as a people. Jorge Pineda’s boceto for the “First Battle of the Philippine Revolution” that took place in PInaglaban, San Juan gives vitality to the assembled memorabilia.
Jose Rizal and his wife Josephine Bracken are represented, each with rare and important letters that give insights to our country’s history. 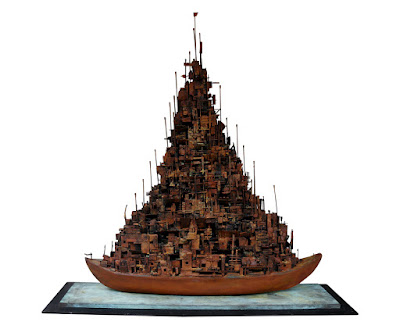 There are also splendid antique furniture with outstanding provenances: A four-poster from the Ah-Tay workshops from the collection of eminent scholar Trinidad Pardo de Tavera; a pair of Louis Quinze armchairs, also from Ah-Tay; a mesa-altar from the Marily Orosa collection, and a Laguna comoda with secret compartments to conceal jewelry. Stunning is a towering kamagong wardrobe that once belonged to Manuel Quezon’s Secretary of Health, the millionaire José Fabella of Pagsanjan, Laguna. A gorgeous monstrance of outstanding workmanship from the collection of Richard and Sandra Lopez is another stellar piece, alongside a silver-embellished salakot and an 18th-century filigree box.

In addition, León Gallery is delighted to partner with the Museum of Contemporary Art and Design (MCAD) Manila which celebrates its 10th anniversary. Featured in the Magnificent September Auction are exceptional works in the “Funding the Future” section donated by Filipino and international artists, many of whom have been part of MCAD exhibitions and others who are supportive of its initiatives. All funds raised from their sale will support the launch of five new programs and continue MCAD's exhibition plans for the next three years.
Posted by Boy Raket at 7:30 AM