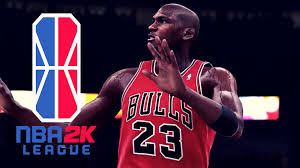 The league’s four expansion teams, affiliates of the Atlanta Hawks, Brooklyn Nets, Los Angeles Lakers and Minnesota Timberwolves, recently announced their NBA 2K League names as Hawks Talon GC, NetsGC, Lakers Gaming and T-Wolves Gaming, respectively.  Each of the four expansion teams selected two players from a pool of 68 players who participated in the inaugural season and were not protected by their original team.  All expansion draftees will join their new teams for the 2019 season.

The expansion draft was a two-round snake draft, meaning that the second round had the inverse order of the first round.  With the first pick, Hawks Talon GC selected Connor “Dat Boy Shotz” Rodrigues, who spent his first season in Portland with Blazer5 Gaming.  NetsGC selected second, T-Wolves Gaming selected third and Lakers Gaming selected fourth.  The complete list of round-by-round selections and team-by-team selections can be found below.

The draft order was determined by a draft lottery earlier this month, which was conducted by drawing ping-pong balls in random order from the official ball machine that is used for the NBA Draft Lottery.

From Sept. 27 to Oct. 10, all 21 teams will have the opportunity to make trades, and the original 17 teams can retain additional players from their 2018 rosters in exchange for 2019 draft picks.  For more information on offseason player protection, additional player retainment, and trade rules, click here. 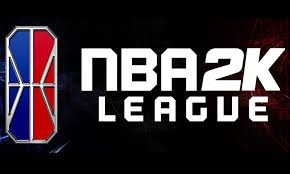 About the NBA 2K League

The NBA 2K League, a professional esports league co-founded by the NBA and Take-Two Interactive Software, Inc. (NASDAQ:TTWO), launched in 2018 and features the best NBA 2K players in the world.  Each of the league’s teams drafts six players to compete as unique characters in 5-on-5 play against the other teams in a mix of regular-season games, in-season tournaments and playoffs.  Knicks Gaming won the first NBA 2K League Finals on Saturday, Aug. 25.  For more information about the NBA 2K League, visit NBA2KLeague.com.
Posted by Boy Raket at 6:00 PM