‘ROAR OF SINGAPORE V - KINGS OF LION CITY’ ON SEPTEMBER 29, TO TEST THE METTLE OF THE 3 RISING FACES OF ASEAN BOXING - MICHAEL DASMARINAS, RIDHWAN AND KENG FAI 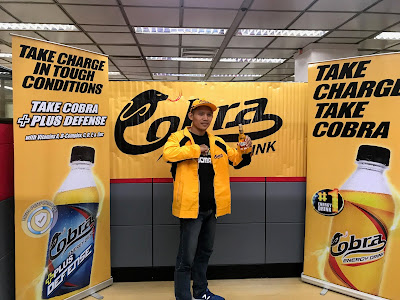 Ringstar Boxing, currently Asia’s fastest growing sports property, has also consistently looked after the careers of the boxers that it manages, as they have now grown as champions; and elite-level athletes, primed, and ready for the next level.

According to Ringstar’s Founder and CEO Scott Farrell, “My vision is to have a world boxing champion in each, and every Asean country.  We now have Dasmarinas from the Philippines; and on the 29th of this month, the spotlight will be on Ridhwan, who will have his world title shot, and whose mettle will be tested.  By early next year, we set our sights on Malaysia, and the other Asean countries.”

He was first signed by Ringstar last September 2017, and has already proven himself to be a worthy world champion.  This, after he lorded over his French opponent, Karim Guerfi, last April 2018, knocking the lights out of Guerfi, 40 seconds into the 4th round, of what was supposed to be a 12-round bout.

His strength and resolve will be tested once again, as he is set to face undefeated boxer Manyo “Black Flash” Plange of Ghana, (17-0), on September 29.

According to Scott Farrell, “Dasmarinas just keeps getting better, and possesses that one punch knockout power, all his future opponents now fear. The name “Gloves on Fire” has more than one meaning, and he will surely set the Bantamweight division on fire with his power and determination.”

He continues, “The boy whose boxing gloves were burned by a relative, so that he would be dissuaded from the sport, has persisted, and has proven himself time and again, that he deserves to be in the world of boxing, in the Asean region and beyond.”

While in Singapore, IBO Intercontinental Featherweight champion and undefeated boxer Muhamad “The Chosen Wan” Ridhwan,  with a current record of 11-0, is surely making waves in the boxing circuit.

Ridhwan is one exciting and intelligent fighter, who is very tactical, and prepares very well for each and every fight.  He was also compared by British boxing legend Glenn McCrory to the Philippines’ very own world boxing champion and senator, Manny Pacquiao.

The former IBF world boxing champion McCrory said, “I think Ridhwan has a complete fighting style, good boxer, relaxed yet confident with a decent punch with either hand, and is improving with every fight…I think Ridhwan is Singapore’s own version of Manny Pacquiao, and could be a huge star.”

When asked about his thoughts on his opponent Paulus Ambunda, Ridhwan says, “He was the former world champion and has beaten some top level guys.  He lost twice and I am sure these losses, against top level opponents have given him valuable lessons in the ring.  He earned his titles but there are levels to this game. I know he has the experience and he is confident in beating me.  But it doesn't matter.  I am not undermining him in any way, but my team and I truly believe we have what it takes to take him down.”

Ringstar’s Farrell says, “Ridhwan has incredible boxing skill, mixed with a huge heart.  He is set to take the Super Bantamweight division by storm.  And this makes him one of the fast Rising Faces in Asean Boxing.”

Keng Fai is set to go toe-to-toe against French undefeated fighter Abdelelah Karroum (3-0), also at Marina Bay Sands.  The Malaysian boxer is currently undefeated as well, and has a current record of 4-0.

According to Farrell, Keng Fai is “Very young and a new prospect that hits like a truck.  He has a long way to go, but he is a talent to look out for, and a future world title contender.”

Watch these 3 fast Rising Faces of Asean Boxing, as they are set to unleash their force and power, on September 29, 2018, at ‘Roar of Singapore’s V - Kings of Lion City’, to be held at the Marina Bay Sands.

Tickets are available at https://entertainment.marinabaysands.com/events/roar0918.  Ringside Seats are priced at SGD 192, while VVIP Seats with Personalized Waiter Service, Canapes and Beverage are at SGD 2,504.  While VIP Tables, which seats 8 persons, comes with a 3-course Dinner and Free Flow Beverage, are at SGD 4,032.  Doors open at 5 p.m., event starts at 5:30 p.m.

You can go to www.fightsports.tv for more information.