ONE Championship Announces 45-event Schedule in 2019 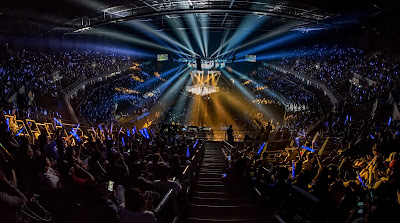 Following a monumental 2018 in which the world’s largest martial arts organization hosted 24 shows, ONE Championship is set to up the ante even further.

Chatri Sityodtong, ONE Championship’s Chairman and CEO, announced on Facebook that the promotion is set to host 45 events in 2019.

The company’s 24 flagship ONE Championship events had already been announced and scheduled, including forays into new territories such as Japan, South Korea, and Vietnam.

In addition, Rich Franklin’s ONE Warriors Series will see double its number of 2018 live shows with six in 2019.

This includes the likes of Thai sensation Stamp Fairtex, who captured the ONE Kickboxing Atomweight World Championship en route to being named ONE’s 2018 Breakthrough Athlete of the Year.

Furthermore, ONE will host 12 ONE Hero Series events in the coming year, with further details on the new format to be announced at a later date.

On top of the elite combat sports that are set to light up Asia in 2019, ONE Esports will also get underway. There will be three of the colossal gaming events on offer, held alongside the martial arts shows in weekend spectacles.

ONE Championship kicks off its 2019 with an event in Jakarta, Indonesia for ONE: ETERNAL GLORY on 19 January, which pits ONE Strawweight World Champion Joshua “The Passion” Pacio against Yosuke Saruta of Japan.

Six days after ONE: ETERNAL GLORY, ONE Championship makes its return to Manila, Philippines to stage ONE: HERO’S ASCENT, featuring the much-awaited rubber match between ONE Flyweight World Champion Geje “Gravity” Eustaquio and Adriano “Mikinho” Moraes.

More big news is expected to be announced in the coming weeks.
Posted by Boy Raket at 4:47 PM