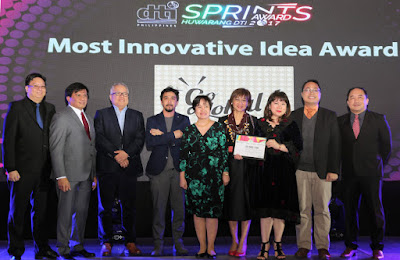 DTI Secretary Ramon Lopez (fourth from left) with the DTI Executives and awardees of the Huwarang DTI Employee of the Year 2017.