Demetrious Johnson Expresses Excitement to Be Competing in Japan 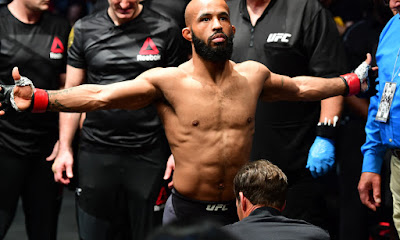 American mixed martial arts legend Demetrious “Mighty Mouse” Johnson will be competing for the first time outside of the United States for the first time in his career.
Johnson makes his debut at the Ryōgoku Kokugikan in Tokyo, Japan on 31 March where he is set to face Japanese warrior Yuya “Little Piranha” Wakamatsu in the quarter-final round of the ONE Flyweight World Grand Prix.
As a kid who grew up watching Japanese mixed martial arts, Johnson is happy to be competing in Tokyo.
“I’ve been watching Japanese mixed martial arts for a very long time and that’s what I grew up watching,” Johnson said.
“I’m very excited because I have never competed overseas before and obviously doing it in Japan is fantastic.”
ONE Championship is making a tremendous push into the Japanese market. And if the card on 31 March is any indication, it looks as if the promotion is pulling out all the stops to ensure this event is a success.
Johnson feels proud to be competing at ONE: A NEW ERA where the heavily-stacked fight card includes four reigning World Champions set to defend their titles.
“I’m excited to be one of the forerunners for Japanese mixed martial arts for ONE Championship in the coming years,” said Johnson.
Johnson may be visiting Tokyo next month to take care of business, but it isn’t the first time he’s been to the Land of the Rising Sun. Johnson has made trips to Japan in the past, but as a sightseer.
“Tokyo, Japan is beautiful it is my third time to visit here,” Johnson said.
“The food is amazing. The wagyu beef is fascinating, and I love it.”
As a 12-time Flyweight World Champion who dominated the Northern America promotions, Johnson is looking forward to showcasing his skills to his fans as well as a new Asian audience. The American is excited to discover how he would fare against Asian athletes. 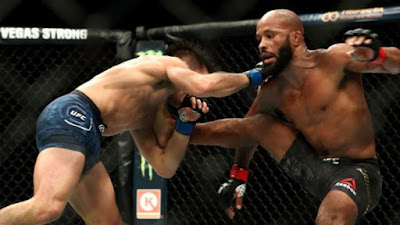 “The fans can expect to see a complete martial artist who has conquered the North American market and now coming over here,” Johnson said.
“I want to see how much I hang with the Asian athletes.”
Johnson has spent the past few months training back home in preparation for his bout against Wakamatsu. With everything set and ready for his first bout, fans are about to witness a new chapter unfold in Johnson’s career.
“I’m looking forward to be competing with a new set of rules and weight class, fighting with fresh competition,” Johnson concluded.
“It’s a new beginning and a new adventure for me.”
Posted by Boy Raket at 7:00 PM