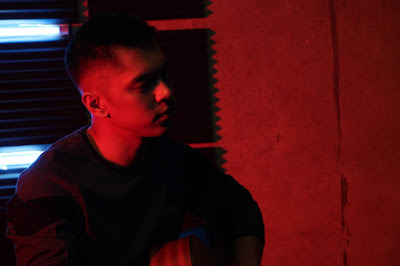 The long wait is over, as acclaimed singer-actor Carlo Aquino finally released the official music video for his debut single: Komplikado, released on all digital stores earlier this year.
The music video explores the beautiful yet complicated journey through romantic love. Sometimes love has a happy ending, other times it leaves us alone, reminiscing and singing to sad songs. The MV was shot in saGuijo Cafe + Bar Events, a go-to gig spot in the metro for local music fans, including Carlo himself.
Carlo Aquino is known for his various TV and Film appearances, including Bata, Bata, Pa’no Ka Ginawa?, the Tanging Ina series , Heneral Luna, Goyo: Ang Batang Heneral, and Exes Baggage. He is currently working with Maine Mendoza for Black Sheep Productions’ film Isa Pa With Feelings.
Carlo has  previously dabbled in music, as part of bands Kollide and JCS (Star Magic boy band, alongside John Pratts and Stefano Mori). He has also sung songs for the soundtracks of productions he was part of, including a rap track for 2018 movie Meet Me in St. Gallen.


Carlo Aquino is also set to own the stage in LIWANAG In Concert - his solo birthday concert on August 31, 2019, at the Music Museum.
Komplikado is available on Spotify, Apple Music, iTunes, Deezer, and all digital stores worldwide. The official music video is also available on YouTube and aired on MYX Music Channel Philippines.
Watch the KOMPLIKADO official music video here!
https://www.youtube.com/watch?v=CG1YevLSM5k
#AtrasadoKomplikado
#KompliCarlo
CHECK OUT CARLO AQUINO THROUGH THESE LINKS:
https://www.facebook.com/carloaquino11/
https://www.instagram.com/jose_liwanag/
https://bit.ly/CarloAquinoOfficial