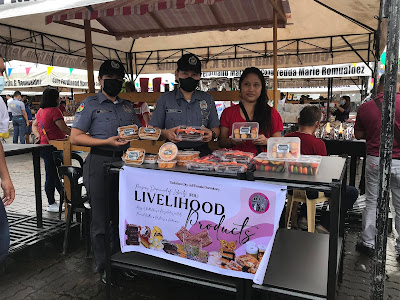 The Diskwento Caravan has been a part of Kadiwa from November 16-18, 2022 in Rizal Plaza, Tacloban City. Basic necessities, prime commodities, Noche Buena products, and Christmas decorations from major distributors in the region, as well as locally manufactured delicacies and handcrafted items of assisted MSMEs were on display in this huge marketing event.After the three-day selling event, Kadiwa ng Pasko continued to showcase basic goods, farm fresh fruits and vegetables, fish, local delicacies and items for five Sundays - November 20, November 27, December 4, December 11, and December 18, and will run before Christmas Day.Through the Diskwento Caravan, DTI invited and helped nine retail distributors and 32 DTI-assisted MSMEs to generate total cash and booked sales of P1.2M over the course of 8 days.This year's successful edition of Kadiwa ng Pasko is a testament of the strong partnership between DTI, DA, DILG, DOLE, DSWD, and Tingog Sinirangan.DTI will continue to establish strong local presence and partnership among government enablers.
Posted by Boy Raket at 4:00 PM