This August, Roll On the Floor Laughing when you laugh out loud as Sony Channel brings you three of today’s outrageous comedies on primetime television.

Your Sundays will never be the same again when you enjoy your weekends in roaring laughter as Sony Channel tickles your funny bones with series that start your week on a happy note, beginning with the premiere of the brand new comedy Truth Be Told, and the second seasons of Playing House and Odd Mom Out. 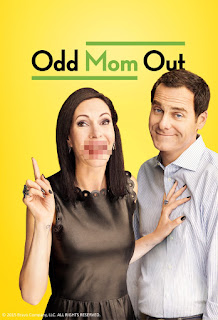 ODD MOM OUT: Mom in Manhattan

In Season 2, writer Jill Weber (Jill Kargman) copes with the daily tasks of living with her wealthy in-laws in Manhattan’s Upper East Side, one of the most prestigious neighborhoods in town. She returns to her fashion magazine job but encounters her old nemesis – her former boss. As Jill revives her career, her husband Andy (Andy Buckley) takes time off to take care of their kids, realizing it was harder than he thought. Couple Brooke (Abby Elliott) and Lex (Sean Kleier)  deal with the aftermath of his affair. Jill’s best friend Vanessa (K.K. Click) and mother-in-law Candice (Joanna Cassidy) return to hilariously reprise their respective roles. 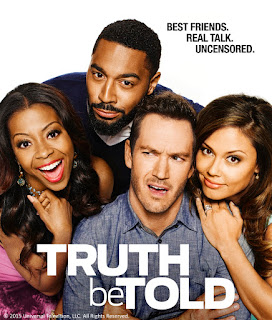 Two couples take on center stage as this lightweight comedy follows the story of Mitch
(Mark-Paul Gosselaar), a college ethics professor, his wife, Tracy (Vanessa Lachey), and their best neighbor buddies Russell (Tone Bell) and Angie (Bresha Webb). These couples are more than just your average partners; they are able to talk about their thoughts and feelings whether in private or amongst friends. Their personalities have that extraordinary chemistry that makes them the perfect conversationalists who can discuss anything under the sun- from sexuality to race to relationships.
Truth Be Told is created by DJ Nash and is directed by Pamela Fryman, director of CBS Network’s How I Met Your Mother.

Truth to be told airs every Sunday at 8:30pm. 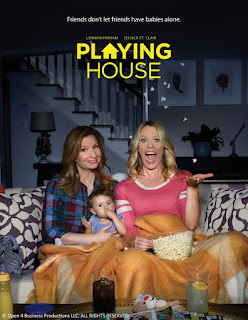 Playing House returns for season 2 this August. Follow this season as best friends Emma Crawford (Jessica St. Clair) and Maggie Caruso (Lennon Parham) face life’s challenges together. In between them is Maggie’s adorable baby daughter Charlotte whom they care for tenderly. Emma’s boyfriend Mark adds more color to the adventures of the two best friends by sharing in their daily affairs. Will they be able to handle all the perks and challenges of their extraordinary living situation?

About Sony Channel
Sony Channel is the premier destination for female-skewing entertainment with the biggest and best of Hollywood. Designed for the socially connected viewer, Sony Channel features some of the most captivating and talked-about drama, comedy, lifestyle, and reality programs on TV, all airing close to the U.S. telecasts, together with popular feel-good movies.
Fresh, confident and stylish, with a dash of clever wit, Sony Channel is visually stunning with a brand identity that perfectly complements its line-up of high calibre programming. Sony Channel appeals to a female-skewed, male-inclusive audience who loves to escape, engage, and lose themselves in premium content. Viewers are modern, social, stylish, and aspirational.
Sony Channel is wholly owned by Sony Pictures Entertainment and managed by Sony Pictures Television Networks Asia, which also operates pay-TV channels AXN, Animax, ONE and GEM. See www.SonyChannelAsia.com, and join the conversation on www.facebook.com/SonyChannelAsia and https://twitter.com/SonyChannelAsia


*This is Press Release
Posted by Boy Raket at 4:41 PM