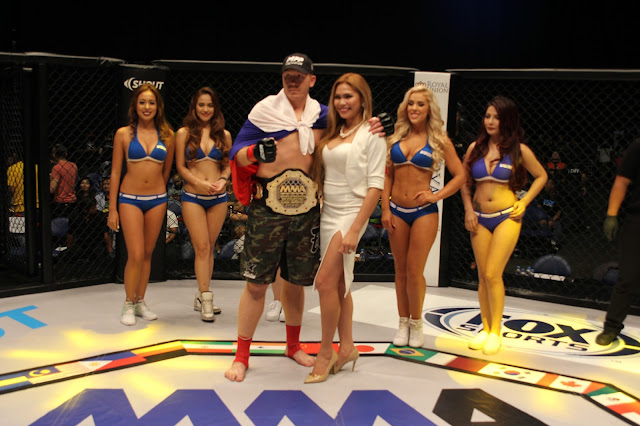 World Series of Fighting – Global Championship (WSOF-GC) brought the world to Philippines and the fans were thrilled with two highlight-reel knockouts and three superb submissions.

In the co-main event, rising Philippines’ sensation Mario Sismundo (3-2) was derailed by China’s Keremuaili Maimaitituoheti (6-3). It was an intense see-saw battle, with Maimai capturing and keeping the upper hand in the second round with a rear-naked choke.

Other main card action saw the opening round of the WSOF-GC Flyweight Tournament. Lawrence DiGiulio (18-8-1) defeated Marcel Adur (11-5) via split decision. The other contest saw Japan’s Yusaku Nakamura (13-4-1) defeat Australia’s Tim Moore (10-6) via unanimous decision. This sets up a rematch of the class battle that DiGiulio had against Nakamura in Japan earlier this year. This rematch will be a 5-round affair for the inaugural WSOF-GC World Flyweight Championship, and is scheduled for later this year in Japan. 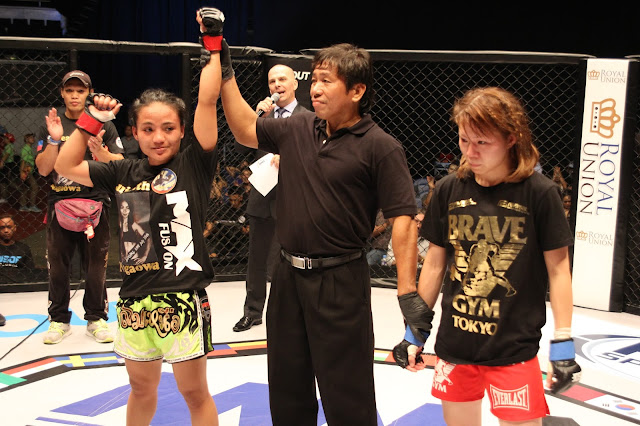 The main card started with a title fight, featuring the featherweight champion of WSOF-GC’s affiliate, Underground Battle MMA (UGB-MMA). “The Wolverine” Ahmed Mujtaba (7-0) successfully defended his title by making quick work of Philippines’ Neil Larano (2-1) with a triangle choke just 1:08 into the first round.

The night’s swing bout showcased a spirited contest between Brazil’s Nayara Hemily (4-3) against Philippines’ Jenelyn Olsim (2-1). Nayara was able to finish the fight in the second round with a rear-naked choke.

The fight that stole the show though, was the exciting, hard-hitting match featuring an international rivalry. Pakistan’s Uloomi Karim (6-3) handed India’s Yadwinder Singh (5-1) his first pro loss by unanimous decision. In a very emotional, and well-deserved sign of respect for one another’s countries, the two warriors posed together with their country flags to show a unity between the two nations. It was an emotional moment and both fighters represented their countries with honor and pride. It was truly “Fight of the Night” in more ways than one.
Posted by Boy Raket at 10:43 AM