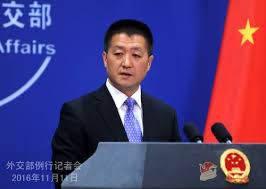 At the recent November 10 “China Philippines Dialogue 2016” forum organized by the “China Daily” newspaper at Peninsula Manila Hotel in Makati City, the Philippines, various speakers led by the Philippines’ newly-designated ambassador to Beijing Chito Sta. Maria look forward to better Philippine and Asian economic growth prospect with the normalization of Philippine-China bilateral economic, diplomatic, cultural and other ties due to efforts of President Rody Duterte. He cited new railways in Mindanao of southern Philippines, seaports, agriculture and others as areas where both countries can cooperate.

Former veteran journalist Chito Sta. Maria said that in tackling differences like territorial disputes over the Scarborough Shoal or Spratly isles, the reformist government of President Rody Duterte prefers the pragmatic and more effective “quiet diplomacy instead of megaphone diplomacy”. Sta. Maria said that China’s pragmatic leaders can reciprocate goodwill in negotiations, citing examples of China concluding territorial dispute agreements with like Russia and Vietnam after several years of high-level bilateral talks with each neighbor.

Sta. Maria explained that Duterte’s announcement of “separation” from longtime military ally and former colonizer USA and charting a new independent foreign policy is his way of pursuing a “hedging strategy” for the Philippines to “diversify risks and maximize the gains” from two superpowers the U.S. and China. The new envoy said that the new pragmatic approach shall also make the Philippines no longer be perceived by China or others in the international community as “a pawn or vassal state” of the United States.

Presidential Communications Secretary Martin Andanar, who was with President Duterte in his Malaysia visit, sent a videotaped message extolling the over a thousand years of friendship and trade ties between the Philippines and China which he said predated the arrival of Westerners by five centuries. Andanar and also in the separate speech of Communications Undersecretary Noel Puyat said the country look forward to the strengthening of the economic partnership and friendship between the two countries.

China-Asean Investment Cooperation Fund CEO Dr. Li Wen and officer Patrick Ip both outlined in detail some of the infrastructure, agriculture, info communications, energy and other fields where their sovereign fund can cooperate with the Philippines. They both expressed optimism for the economic growth prospects of the Philippines and for bringing bilateral economic exchanges to higher levels.

Hong Kong-based investment banker Ip cited that the Philippines has so far received among the lowest levels of China investments and tourist arrivals, compared to its Asean neighbors like Thailand, Indonesia, Malaysia, Singapore and Vietnam, and he said “there is so much room for growth”.  Ip also encouraged more China-Philippines cooperation to boost increased Philippine agriculture and other exports to China. Patrick Ip, of the China-Asean Investment Cooperation Fund, meanwhile noted gaps in several sectors requiring resources that have held back Chinese investments here, including the restrictions on foreign ownership. Ip said the Philippines share in China’s  investments to Asean amounted only to $44 million, compared to $18 billion in Vietnam.

Economics/geopolitics analyst and award-winning writer Wilson Lee Flores said the successful state visit to China of Philippine President Duterte has not only normalized bilateral ties and helped stability in Asia, this wise Duterte diplomacy has also boosted the Philippines’ positive brand image and access to the world’s ultimate dream market for exports and tourism which is the 1.3 billion increasingly affluent people of China.

Flores said: “In the past six years, Philippine exporters and tourism businesses might encounter difficulties winning over the huge China market due to acrimonious diplomatic spats, but nowadays, the Philippines can now better compete with our neighbors Vietnam, Taiwan, Malaysia, Singapore and others to tap the vast economic opportunities of China. We have more common interests than disagreements, even spouses or best friends also have disagreements on certain issues but we can disagree without being disagreeable.”

Tourism industry leader Stephen Techico of Uni-Orient Travel, Inc. urged the Philippine government to compete with and emulate other Asean neighbors like Thailand, Indonesia and Malaysia in easing visa requirements for China tourists either with no visa entry or “visa upon arrival” arrangements. Techico said that the Philippines needs to increase and upgrade quality of tourism facilities to prepare for the expected higher influx of China tourists caused by the successful diplomacy of Philippine President Duterte.