NBA Brings the Game Closer to Its Fans in Asia-Pacific 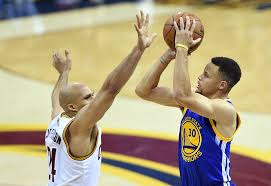 With the start of the 2016-17 NBA season, basketball fans across Asia-Pacific will have more access to the NBA than ever before through a variety of touchpoints spanning television, internet and mobile distribution of NBA games and programming, localized content on digital destinations and social media accounts, merchandising, and on-ground events.  With more than 65 partners in the region and the myriad ways to access the NBA, there has never been a better time to be an NBA fan.

The range of experiences from the NBA and its partners include:

LEAGUE PASS
·         NBA games and programming is accessible through NBA LEAGUE PASS, available in all countries across Asia-Pacific.
·         NBA LEAGUE PASS, the league’s live games subscription service which allows fans to watch every NBA game live and on-demand, tips off the 2016-17 NBA season with new features designed for basketball fans.  From a variety of game packages to multi-screen views of the action, NBA LEAGUE PASS will deliver more ways to experience the NBA. This year’s features include:
o   AROUND THE LEAGUE RECAPS: This new series wraps up the day’s action with the best content from around the league.
o   ON-DEMAND CHOICES: Fans have the ability to download replays of full-length games or condensed games for convenient on-the-go viewing.
o   NBA RAPID REPLAY: A new highlights feature providing fans with in-the-moment updates on great NBA action from around the league. NBA RAPID REPLAY can be accessed as part of the live game experience from the NBA App on iOS and Android.
o   NBA MOBILE VIEW: A completely new way to watch basketball on mobile devices and tablets, the new NBA Mobile View meets the needs of today’s sports fans and their desire to consume content on the best screen available by providing a zoomed-in, tighter shot of the action that it optimized for the smaller screen size of mobile devices.
o   VIDEO ARCHIVES: NBA LEAGUE PASS opens up the NBA vaults providing fans with more access than ever before to classic games, interviews, highlights and documentaries, including 60 hours of new content.  Throughout the season, new NBA content will be added to the Video Archives.
o   VIRTUAL REALITY: The NBA and NextVR, the leader in broadcasting live events in virtual reality, will live stream at least one NBA LEAGUE PASS game per week in virtual reality during the 2016-17 season.  Fans with a Samsung Gear VR headset and a compatible Samsung smartphone can experience the free preview by accessing the NBA Channel within the NextVR app. Later this season, the offering will be expanded to support additional VR headset options.
·         NBA LEAGUE PASS also returns with two offerings introduced last year – NBA SINGLE GAME and NBA TEAM CHOICE.  NBA SINGLE GAME will once again allow fans to watch individual live games, while NBA TEAM CHOICE, available for all 30 NBA teams, will give them the option to follow one team, so they can watch their favorite player all season long.
·         Globe Telecom, the official wireless and broadband services partner of the NBA in the Philippines, offers day passes to all its subscribers.
·         Fans will be able to enjoy the subscription-based service across computers, tablets and mobile phones, as well as a wide variety of connected devices including the Apple TV and PlayStation®4.