Alsa Ozamiz - What was That?! 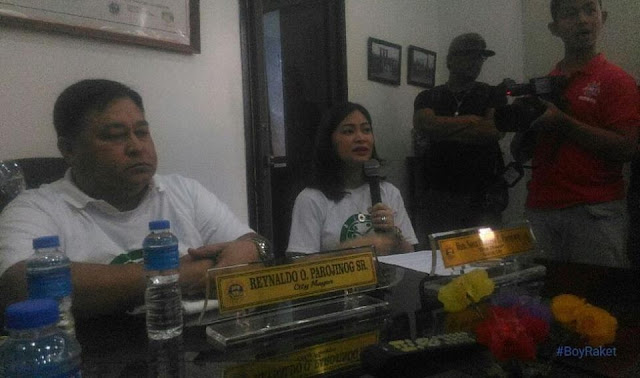 This has been one of the most interesting travel that I had as a blogger, this my sound a little political but I guess it is still appropriate. The place that I went to was under a bad image for so long and I got amazed of the turn around that the local government together with its police authorities.

It all started off with the Press Conference in Ozamiz City Hall with Mayor Reynaldo Parojinog and Vice Mayor Nova Princess Parojinog. They all discuss the current situation of Ozamiz together with the existing and upcoming projects of the city. Press were advised that the city had been fighting not only illegal drugs but anything else illegal in the city. We were advised that even Mayor Aldong goes to the raids personally and had video proof being in front of those raids. 3 thick books about the size of yellow pages were shown to us which is compose of all the reports that their administrations achievements, and improvements they have made in the city and they said that they are still trying to submit those books to our President Rody Duterte up until this date.

As we go out of the presscon we then proceeded with the next activity to witness which was the destruction of the surrendered fruit games and video karera machines which is roughtly around 560 illegal gambling machines, all were crushed by the payloader.

In the afternoon was the main event of the day which is Alsa Ozamiz, which was last done a generation ago. In the place that is called Cotta, near Ozamiz Port held the gathering of 51 Baranggay representatives covered the whole area inspite of the pouring rain. Nothing to worry as well because the place is completely secured by the local PNP. I've witnessed the unity of the people that both Mayor Aldong Parojinog and Vice Mayor Nova Princess Parojinog instilled in every Ozamiznon. Even got me teary eyed from all the speaches of the local barangay and religious leaders gave during the program. Ozamiz and Ozamiznons would like to clear out the stigma that their place is full of voilence and illegal activities they wanted to tell our President and the whole nation that it is a peaceful city full of friendly people and they are against anything or anyone that would like to destroy the image of their hometown.
Posted by Boy Raket at 6:08 PM