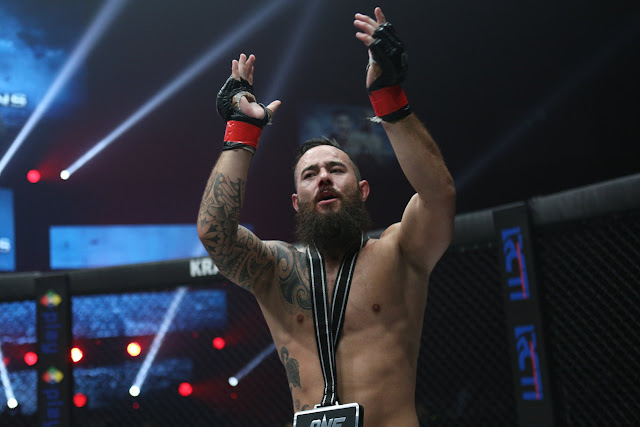 Mixed martial arts standout Anthony Engelen (5-2) acknowledges that there will be no shortcuts to achieving his dream of becoming a world titleholder in ONE Championship.
Engelen stressed that he is not in a hurry and would rather take the long road to a championship crack than prematurely contend for the gold-plated strap.
According to Engelen, there are certain aspects of his overall game that he has to improve and keep an eye on before getting an opportunity to vie for the coveted ONE Featherweight World Championship belt.
“I would like to remind myself to keep growing as a fighter. I always try to watch all my fights and constantly evaluate myself. I want to improve in the things that I was not happy about and work harder on it every time,” he said.
The 31-year-old Dutch Indonesian fighter believes that he has to prove himself worthy of a title shot as ONE Championship’s featherweight bracket has a long list of contender.
ONE Championship has a stacked featherweight division, which has been often described as a shark tank.
The aforementioned weight class houses ONE Featherweight World Champion Marat Gafurov, Eric Kelly, Ev Ting, Jadambaa Narantungalag, Rob Lisita. Martin Nguyen and Christian Lee.
“I think that I still have to prove myself in this division. There’s a long line of contenders in ONE Championship’s featherweight division,” Engelen stated.
After pulling off a sensational victory over Egyptian journeyman Sami Amin five months ago, Engelen is set to return to action as he squares off with Malaysian stalwart AJ “Pyro” Lias Mansor (2-3) on the undercard of ONE: QUEST FOR POWER in Jakarta, Indonesia on 14 January.
Engelen sees his three-round featherweight encounter with Mansor as a chance to raise his stock as a featherweight competitor in ONE Championship.
“AJ might be a veteran of the sport, but I don’t think I will get a title shot if I win. But it will definitely appreciate my value in ONE Championship’s featherweight division,” he disclosed.
Engelen prides himself in being an exciting combatant, who is willing to please the crowd by always seeking the highlight-reel finish.
“For sure, it’s going to be a good fight. It will not go into the three judges’ hands for a decision. It will have a decisive finish,” he claimed.
​​

About ONE Championship™
ONE Championship is the largest sports media property in Asian history. Headquartered in Singapore, the world’s most exciting mixed martial arts organization hosts the largest sports entertainment events across Asia featuring the best Asian mixed martial artists and world champions, all signed to exclusive contracts, on the largest media broadcast in Asia. ONE Championship is broadcast to over 1 billion viewers across 118+ countries around the world with some of the largest global broadcasters, including FOX Sports, Setanta, MNC, Astro, Thairath TV, ABS-CBN, TV5, MYTV, HTV, Esporte Interativo and more.