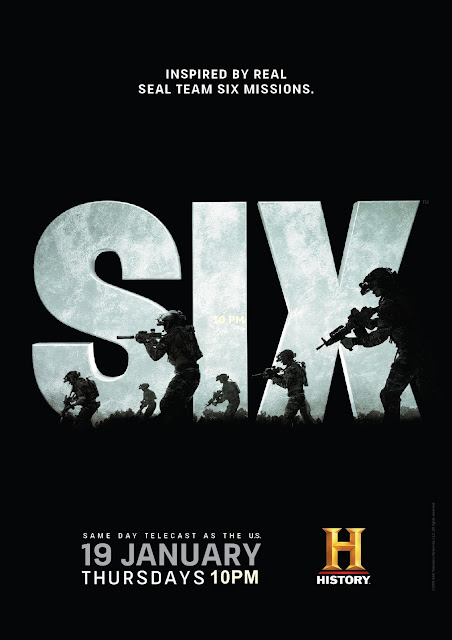 SIX, the much-anticipated Navy SEAL drama on History, is set to premiere 19 January, Thursdays at 10:00 pm.

The series depicts the personal and professional lives of the men of Navy SEAL Team Six, America’s elite special operations unit, as they embark on a dangerous mission to eliminate a Taliban leader in Afghanistan, which goes awry when they uncover a U.S. citizen working as a jihadist fighter with the terrorists.

The eight-episode first season, inspired by real-life combat missions of Navy SEAL Team Six, the special forces unit famous for killing Osama bin Laden, authentically portrays the world of these brave and gallant men, how they react when faced with grave danger, how they cope with life-and-death situations, and how they deal with their complicated personal lives.

In the season premiere, team leader Richard “RIP” Taggart (Walton Goggins) makes a questionable decision while on a mission. Two years later, he is captured by the West African terrorist group, Boko Haram.

Now, his former Seal Team Six brothers – led by Joe “Bear” Graves (Barry Sloan), Alex Caulder (Kyle Schmid), and Ricky “Buddha” Ortiz (Juan Pablo Raba) – have to do everything in their power to locate their former leader and attempt a daring rescue mission in the heart of enemy territory – before it’s too late.

About HISTORY® and HISTORY HD™