15th World Xiangqi Championship in Manila on Nov. 14 with 26 countries 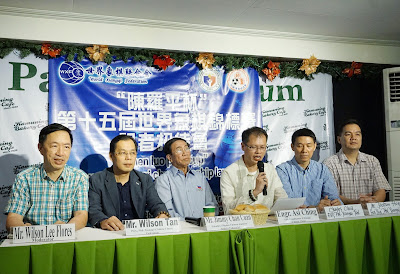 
PXF and FCASF officers said Manila’s hosting the 15th World Xiangqi Championship is a great honor for the Philippines, it will also promote the country’s booming tourism and positive global image. They said xiangqi and other sports should be promoted nationwide, because sport is beneficial for improving mental and physical health. PXF and FCASF thank the Philippine Sports Commission (PSC) and other supporters behind this event.

*This is Press Release
Posted by Boy Raket at 6:00 PM