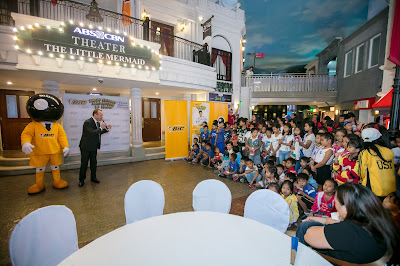 BIC Product (Asia) Pte Ltd, in cooperation with its distributor partner in Philippines - Filstar Distributors Corporation, is set to kick off their biggest social campaign in Asia, #BICBrightFutures.  As Champions of Education, BIC® believes that a bright future is for everyone.  As such, BIC® will be giving half a million of Stationery products - the biggest donation in Asia to date - to Children’s Hour, Yellow Boat of Hope and Kariton Klasrum to help kids as they pursue their dreams.


The campaign will be culminated in a one-day event at KidZania Manila on October 26th. An estimated 200 children from Children’s Hour and Kariton Klasrum are expected to participate at the event. 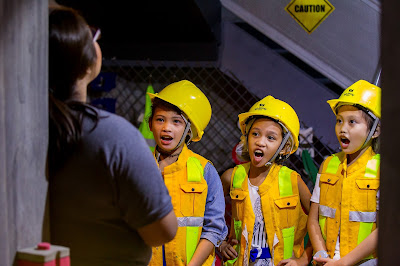 For one day, the children are encouraged to have fun while exploring the adult world by immersing themselves in over 100 role-play activities in the play city. Using BIC® pens, they will also plot out their goals and dreams in a special BIC® Bright Futures workbook.

Efren Peñaflorida, an education advocate, teacher, and social worker, will be at the event to talk to the kids about the importance of going back to school and how it will help them build a brighter future. Peñaflorida is also the founder of Kariton Klasrum.


“Our main focus, since Kariton Klasrum’s inception, has always been about bringing education to less-fortunate children. Through this event, we will be able to show them that a bright future is possible for them as long as they plan for it and persevere to achieve it,” said Efren Peñaflorida, founder of Kariton Klasrum. 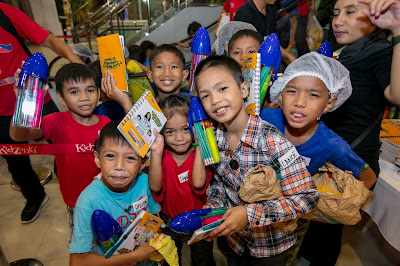 “Many children are in great need of encouragement from the adults in their lives in order to push themselves to work hard for a better future. We are happy that our kids will walk away with a sneak peek at what their own futures can hold, as well as a new hope,” said Net Garcia, Children’s Hour Executive Director.


“We have always believed that bright futures are written by hand. As adults, many of us have become what we are today because we put pen to paper and wrote down our ambitions. That act of writing down our aspirations makes the dream seem real. Today, we want to inspire less-fortunate children to dream and work for their futures, because after all, everyone deserves a bright future.” said Frederic Dumon, BIC Asia Deputy General Manager.


BIC® feels strongly about giving back to communities where the Group is present in the form of product or financial donations and volunteering.  As part of its strong societal


commitment, the BIC® Corporate Foundation for Education was launched in 2016 focusing on fighting for universal access of education as a basic human right.  Through this foundation, BIC® is engaged in the fight against school drop-outs, access to education for girls and women and environmental education.  In the same year, the global company has made 112 donations to promote education giving more than 6 million pens to children in need.


BIC is a family-owned company listed on the Paris Stock Exchange and a world leader in stationery, lighters and shavers.  For more than 60 years, BIC has honored the tradition of providing high-quality, simple, inventive and reliable choices for everyone, everywhere, every time.  A world leader in the consumer goods, 30.9 million BIC® products are purchased every day worldwide (18.9 million Stationery products, 4.2 million Lighters, 7.1 million shavers and 0.7 million promotional products).


Filstar Distributors Corporation prides itself as having been the exclusive licensee of Hallmark in the Philippines since 1974 and the exclusive distributor of BIC® Stationery products since 2001. Since then, Filstar has evolved to be a distributor of not just these two distinguished brands but of other world class brands that supplement and enhance the self-expression industry.  In 2013, Filstar expanded its partnership with BIC® to cover BIC® Lighters and Shavers categories.

Find more about BIC® from the following online references.