No Time to Wait” for these Young Achievers 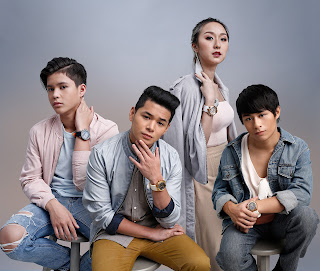 TechnoMarine, the luxury Swiss watch brand, embarks on a new campaign featuring young, successful personalities who have created their own opportunities and made a mark in their respective fields.


TechnoMarine’s “No Time to Wait” campaign believes these young individuals deserve acknowledgment for continuing to push themselves to higher ground and earn recognition in delivering excellence in their own careers without waiting for it to happen, and instead, make it happen through hard work, perseverance, and dedication, despite their young age.


The slogan “No Time to Wait” intends to inspire other young hopefuls to act on and work for their goals that in their own ways, can realize their dreams. Through celebrating these young achievers, TechnoMarine highlights aspiration people who created possibilities for themselves to be successful.


23-year old Patrick Sugui is a former PBB housemate from Teen Clash 2010 edition. The hit reality show has led him to acting opportunities, helping him land roles in primetime shows like Pangako Sa’Yo and La Luna Sangre. Pat’s dream is to win an acting award someday. “I am committed to honing my craft, and right now, my focus is to improve my skills through acting workshops.”


Another young achiever is Kyle Echarri who rose to fame from placing 6th in season two of The Voice Kids Philippines 2015. The 14-year old Filipino-American singer made a name for himself after releasing his debut album titled “It’s Me, Kyle” in September last year. “This has always been my dream ever since I was a kid, so I try to give my best in everything that I do.”


Rosenthal Tee has been featured in the Mercedes Benz Stylo Spring Summer 2015 Show in Kuala Lumpur and New York Fashion Week Fall Winter 2016 Show. A graduate of Fashion Design, Rosenthal has been eyeing to establish base in the country. “I’ve been saving my earnings from all the projects so that I could properly set up my business base here in the Philippines,” she said.


Completing the roster of TechnoMarine’s inspirational individuals is stylish dresser Andre Drilon. More than just the guy who wears skirts, Drilon is exploring his creative side through collaborations with different artists in the industry. “I spend a lot of time trying to conceptualize and self-analyze – think about the projects I’m doing, the ideas I want to communicate through my art,” he said.


Founded in Switzerland in 1997, TechnoMarine offers watches that celebrate individuality, freedom and success with affordable, quality and unconventional designed watches – as a symbol of achievement of people who didn’t wait for things to happen but created their own opportunity.