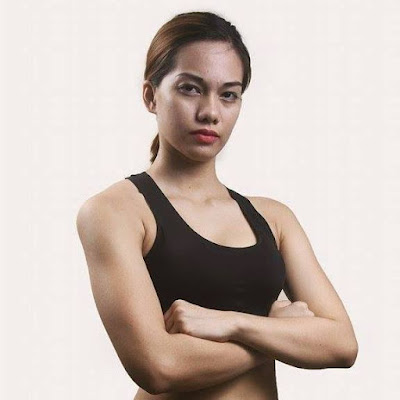 If Rome “The Rebel” Trinidad were in a room full of people, she would incontestably stand out because she is the epitome of a true Asian beauty.
Trinidad is a certified eye candy that can grace on the cover of a top fashion magazine, sashay down the catwalk with the latest apparel, or endorse high-end beauty products in a television advertisement.
However, Trinidad is more than a pretty face because deep within, she is an authentic martial artist.
Trinidad is a practitioner of Sikaran, an ancient martial arts discipline with no written history that originated from Rizal province in the Philippines and was passed on from generation to generation by succession.
“I started martial arts at a young age,” she revealed. “It was a challenge to me, especially in a discipline that was practiced by men. I felt so empowered as I progressed in Sikaran.”
Unfortunately, Sikaran was not enough to satisfy her growing hunger to learn. Simply put, she wanted something more.
Trinidad went on to hone her skills as a martial artist by incorporating different combat disciplines and eventually transitioning to the multi-faceted arena of mixed martial arts.
Known by the moniker “Rebel” due to her mental toughness and tenacious approach, Trinidad is set to make her promotional debut under the ONE Championship banner as she dukes it out with rising Thai superstar Rika “Tinydoll” Ishige on the undercard of ONE: WARRIORS OF THE WORLD in Bangkok, Thailand on 9 December.
“It is my honor to be a part of one of the biggest mixed martial arts promotions in the world like ONE Championship. Not everybody gets this chance. I will do my best for my family and also for my countrymen,” Trinidad said.
By strapping on four-ounce gloves, Trinidad sees it as an honor and privilege to represent Philippines in ONE Championship, which is widely considered as the sport’s premier organization in the Asian region.
“My bout against a well-revered Thai martial artist like Rika Ishige is a must-win fight for me. My family is going to watch. Not only that, the whole country will be watching as my bout will be broadcasted live worldwide. Surely, I will give everything in this match to bring home the victory,” she stated.
Trinidad does not expect any problem continuing her venture into the constantly-growing landscape of martial arts as she believes that she is fully equipped with the task at hand. 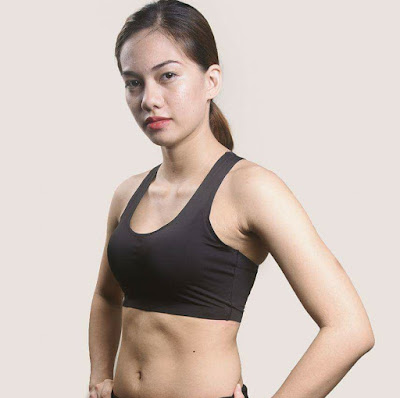 “Martial arts is my passion. I'm really happy when I share and learn new things about martial arts with others. I'm surrounded by people who support me in training. It makes me stronger. I am ready for this upcoming fight in Bangkok,” she guaranteed.
Training with Singaporean martial arts veteran Nicholas “JJ” Lee to bolster her arsenal, the 20-year-old Filipino atomweight believes that her self-confidence will be the key to success as she shares the ONE Championship cage with Ishige.
“I know she is a good fighter with a good background in martial arts. Plus, she is more experienced than me. But one important key to success is self-confidence. The trait has always been with me in this journey. I look at things optimistically,” Trinidad conveyed.
Although her sights are set on pulling off a successful debut in ONE Championship, Trinidad is likewise standing up for women’s empowerment by breaking down gender barriers.
Trinidad stressed that her maiden ONE Championship cage appearance should also serve as a springboard for women to understand they can truly do anything if they put their minds and hearts into it.
“Martial arts is not only for men. If you look at me, I am the living proof that women can do it,” she mentioned. “Whether you are a child, old, short, or tall, everyone is welcome in the martial arts community.”
"Most people do not understand mixed martial arts. They think it has no rules, and barbaric,” Ishige explained further. “I want to show them it is not like that. It is a real sport, and me, I am a small girl, but I can fight in a world class organization. It is not brutal. It is about technique.”
Trinidad is excited to work with the likes of ONE Women’s Atomweight World Champion Angela “Unstoppable” Lee, Mei “V.V” Yamaguchi, Istela Nunes, Gina Iniong, Jenny Huang and Ishige in growing the women’s martial arts scene in Asia
“Recently, female fighters in Asia have been given several avenues to showcase their skills and what they are capable of in a world-class organization such as ONE Championship. Angela Lee and others paved the way for other female fighters like me. I am here to continue what they’ve started,” she stressed.
Even if gender parity continues to be a serious hot-button discussion, Trinidad pointed out that martial arts is a great starting point to bring down the barrier.
According to Trinidad, seeing a woman succeed in a sport wholly dominated by men for the past 20 years is just an example of what is possible.
“I would like to continue this campaign for everyone who doesn't understand the beauty of this sport. Martial arts is not about fighting. Its real aim is to empower both men and women. We’ve already seen what women can do inside the cage. It’s a high time to unleash our full potential in this sport,” she asserted.
Over the past decade, women’s martial arts rose from relative obscurity to noticeable heights that many could not fathom in such a short span of time.
The once male-dominated sport has been infiltrated by women equipped with equal prowess to engage in high-testosterone action, at times even with more gusto than their male counterparts.
After years of being told that they “just weren’t good enough” and that there “wasn’t enough girls to form a legitimate bracket”, women are finally gracing the biggest stage of the sport.
While the negative reputation of women’s participation in combat sports has declined inch-by-inch, Trinidad suggested that it still needs to be promoted for the stigma to totally diminish.
“It needs more opportunity. I think that there are young girls who are probably interested in getting into it, and we need support from men and women to encourage to let them go to the gym,” she maintained.
As she continues to open eyes and introduces legions of already passionate enthusiasts to the burgeoning world of Asian martial arts, Trinidad seeks to exemplify the utmost confidence of a woman on a global stage at ONE: WARRIORS OF THE WORLD on 9 December.
“The important thing for success is self-confidence. The key to self-confidence is preparation, and I am well prepared for this fight. If I have good preparation, I can fight anybody. And for sure, I can walk out victorious,” she ended.
​
For more updates on ONE Championship, please visit www.onefc.com, follow us on Twitter and Instagram @ONEChampionship, and like us on Facebook at https://www.facebook.com/ONEChampionship.
About ONE Championship™
ONE Championship is the largest global sports media property in Asian history. Headquartered in Singapore, ONE Championship is the home of martial arts. The world’s most exciting martial arts organization hosts the largest sports entertainment events across Asia, featuring some of the world's best martial artists and world champions, all signed to exclusive contracts, on the largest media broadcast in Asia. In addition to its digital platforms, ONE Championship broadcasts to over 1 billion potential viewers across 128+ countries around the world with some of the largest global broadcasters, including Fox Sports, ABS-CBN, Astro, ClaroSports, Bandsports, Startimes, Premier Sports, Thairath TV, Skynet, Mediacorp, OSN, and more.