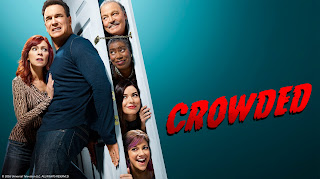 Sony Channel, the home of Hollywood’s entertainment, has added two new comedy shows for this merry month of May:  CROWDED and SUPERSTORE.
CROWDED: Premieres Sunday, May 8 at 8:30pm
Taking its place alongside comedy series Dr. Ken on ROFLing Sunday nights, CROWDED follows married couple Mike and Martina Moore who are excited to settle into their new life as empty-nesters. But not all goes to plan and chaos ensues as their two daughters unexpectedly return home to figure out their lives and Mike’s parents decide to stay with them instead of moving to Florida.

SUPERSTORE: Premieres Sunday, May 22 at 8:00pm
SUPERSTORE, starring America Ferrera, is a LOL comedy which features a fascinating look into the lives of employees of a big box store called Cloud 9 in St. Louis, Missouri. From interns to long-term managers, each employee’s life and background play a crucial role in their characters and add a kaleidoscope of colour to the challenges of dealing with the unpredictable world of retail. 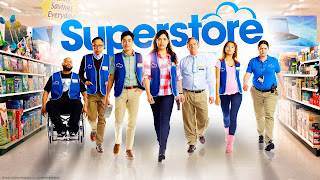