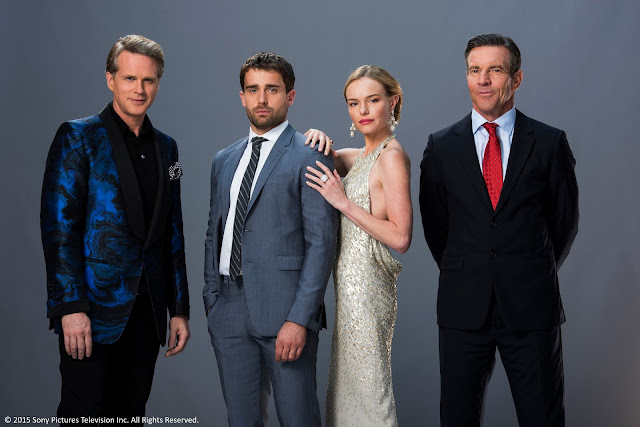 Premiering May 24 on Sony Channel, "The Art of More" is an original Sony production, which exposes the secretive, exclusive and corrupt world of auction houses.

The critically acclaimed original series is a winning combination of thrilling storylines and outstanding casting. Delving into the business of art collectors who employ modern day treasure hunters to pursue priceless artefacts at any cost, it is hard to tell collector from criminal. This outwardly glamourous occupation is layered in deceit, fraud and racketeers.

Graham Connor (Christian Cooke) is a new executive at Parke-Mason working for Arthur Davenport (Cary Elwes), a shrewd and eccentric world-class collector of art and illegal antiquities. Utilizing Connor's connections with a smuggling ring he encountered during his tour in Iraq, they procure priceless artifacts for his clients who don't care how their objects of desire are acquired.

Dennis Quaid, also an executive producer, stars as charismatic real estate shark Samuel Brukner, who has a penchant for ill-gotten art, and Kate Bosworth as Roxanna Whitman, daughter of the CEO of one of the two warring auction houses.

Whether buyer, seller or something in between, everyone in "The Art of More" is chasing something they covet and struggling with the extent they will go when unchecked by morality.

Sony's first one-hour scripted drama series from its U.S based streaming service Crackle.com, will air from May 24, Tuesday at 8.50pm, first and exclusively on Sony Channel.