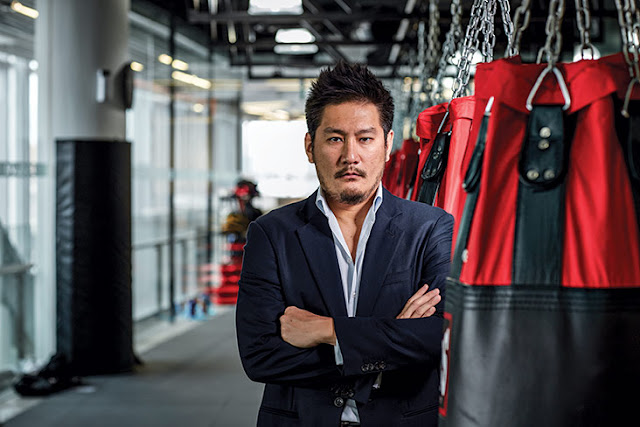 Mixed Martial Arts (MMA) is considered by some to be the fastest growing sport in the world. Just in the past decade alone, viewership has increased from the hundreds of thousands to the millions. Though the allure and excitement of martial arts in a safe and competitive environment has drawn fans from all corners of the globe, the sport’s popularity in Asia can be attributed to one Thai entrepreneur from humble beginnings.

Chatri Sityodtong, the 45-year-old businessman who spearheaded MMA’s success in Asia as one of the co-founders of the Singapore-based ONE Championship, today the largest sports media property in the region.

In 2011, ONE Championship was built with the aim of unifying all of Asia’s martial arts talent under one global MMA powerhouse. It began with a small fanbase of hardcore MMA fans excited at the possibilities of what would become a global phenomenon. Five years later, ONE Championship is broadcast to a potential 1 billion homes in over 70 countries worldwide. The organization is also working with various blue-chip sponsors to sign the top MMA talent and world champions in Asia to exclusive contracts.

“My passion and love for martial arts gave me the drive to bring ONE Championship to fans in Asia who yearned for exciting live MMA events in their own backyard. I have trained in Muay Thai and various other martial arts my entire life, and I felt compelled to showcase the sport’s beauty not just to Asia, but to the entire world,” said Sityodtong.

From its origins in Singapore, ONE Championship has rapidly expanded across the region over the past five years, holding live events in the Philippines, Malaysia, Indonesia, Myanmar, Dubai, and even mainland China. The promotion’s MMA talent comes from all over the world, with fighters signed from the Europe, United States, Brazil, Japan, and central Asian nations like Tajikistan.

“It’s just something that I felt I needed to do – to give back to the sport that has given me so much in life,” said Sityodtong about the birth of ONE Championship. “Every life lesson that I have learned has come from martial arts, and the principles and ideals that martial arts swears by, I have taken to heart. It has guided me all throughout, and I credit my success to the lessons it instilled in me at a young age.”

This Friday, 6 May, at the Singapore Indoor Stadium, Sityodtong makes history once again when ONE Championship returns to Singapore for ONE: ASCENT TO POWER. The promotion is set to host the biggest women’s MMA fight in Asia, with main event fighters Angela Lee and Mei Yamaguchi competing for the inaugural ONE Women’s Atomweight World Championship.

The news has earned praise for bringing women’s MMA to the public eye by featuring two female athletes as headliners. More importantly, martial arts has taken center stage once again – all of which could not be possible without two key ingredients.

“That’s what love can do. That’s what passion can do,” said Sityodtong.

Then later this month, ONE Championship will hold its first-ever live event in Thailand. It’s one of the many huge events planned for the year, but one that hits home for Sityodtong, who grew up in relative poverty in the southeast Asian nation.

“It was a dark time for me and my family, and my future wasn’t very promising. The only thing I had was martial arts. It gave me mental strength, discipline, focus, and courage, as well as the desire for constant self-improvement,” said Sityodtong. “Most importantly, it gave me an unbreakable will, and the warrior spirit to overcome any obstacle that was thrown my way.”

Sitting on success forged from hard work and an insistent desire to dig his family out from the trenches, Sityodtong can’t help but look back from whence he came.

Led by Sityodtong and the great minds behind the scenes, ONE Championship is set on continuing to deliver world-class MMA action to fans in the region and all across the world. Just recently, three new hires were added to ONE Championship’s senior management team. Pithambar Gona joins as the organization’s Chief Financial Officer, Kevin Sim as Head of Media Rights Sales, and Kevin Matas as Head of Marketing.

By forging various high-profile television deals, signing the world’s best MMA talent to exclusive contracts, building local MMA heroes, and broadcasting live events to fans all across the world, there is no doubt that ONE Championship will continue to surge forward in the coming years.