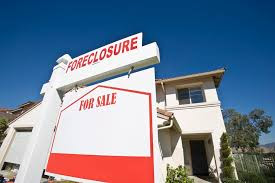 In case homebuyers are wondering where they can get affordable houses, cities in Bulacan, Laguna, and Rizal right on the fringes of Metro Manila offer them the most viable options, as these areas are teeming with foreclosed properties, according to data from global real estate website Lamudi Philippines.

Lamudi found that the from their latest data analysis that cities of San Jose Del Monte (Bulacan), Dasmariñas (Cavite), San Mateo (Rizal), Bacoor (Cavite), and Santa Rosa (Laguna) have the most number of listed foreclosed houses in the website. Followed by Caloocan (Metro Manila), Quezon City (Metro Manila)Antipolo (Rizal), Imus (Cavite), and San Pedro (Laguna). Caloocan and Quezon City are the lone Metro Manila cities that made it the top 10. Together, these cities comprise 51 percent of all foreclosed houses listed in the Lamudi website.


Average prices of foreclosed houses listed on Lamudi Philippines. Data as of March 31, 2016.

In terms of onsite search volume, Quezon City is the most-searched city for foreclosed properties in the Lamudi website from January 1 to March 31, 2016.

More than 6 percent of all searches for foreclosed properties conducted during the period involved Metro Manila’s largest city. Quezon City is followed by the cities of Las Piñas, Parañaque, and San Jose del Monte, the provinces of Benguet and Laguna, and then by Caloocan. Together, these areas captured almost 20 percent of total search volume for foreclosed properties in the Lamudi website.

Filipinos’ interest for foreclosed properties has also been increasing every quarter, at least according to Lamudi data.