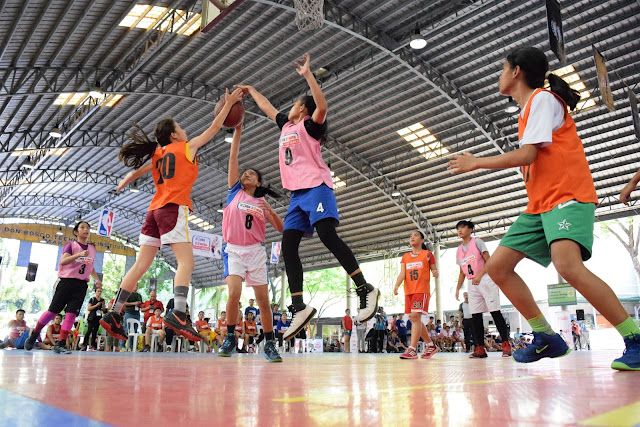 Sixteen boys and eight girls stood out over the rest in the Manila Regional Selection Camp of the Jr. NBA/Jr. WNBA Philippines 2016 presented by Alaska at Don Bosco Technical Institute on April 9-10. They will represent the National Capital Region in the National Training Camp on April 22-24.

The fourth and final Jr. NBA/Jr. WNBA Philippines 2016 Regional Selection Camp drew a record number of 1,114 participants—the highest Regional Selection Camp attendance to date since the grassroots program was established in 2007. The camp also attracted young players from the Southern Tagalog and Visayas regions like Jem Joaquin, 14, and Mark Salibio, 12, who are indigenous people of the Ati tribe in Boracay.

The Jr. NBA/Jr. WNBA Philippines National Training Camp, featuring an NBA and WNBA player or legend,  will gather all regional picks from Baguio, Cebu, Davao and Manila, and top Alaska Power Camp performers will vie for ten Jr. NBA slots and five Jr. WNBA slots that will make them part of the 2016 batch of Jr. NBA/Jr. WNBA All-Stars.  Culminating the program will be the selection of Jr. NBA and Jr. WNBA All-Stars who will go on an overseas NBA experience trip with fellow Jr. NBA All-Stars from Southeast Asia later in the year.

“The Jr. NBA Philippines is the league’s longest-running youth basketball participation program outside the United States that continues to positively impact the lives of children, parents, and coaches,” said NBA Philippines Managing Director Carlo Singson.  “Together with Alaska, we are committed to providing world-class basketball instruction to further our mission of encouraging an active lifestyle among Filipino youth.”