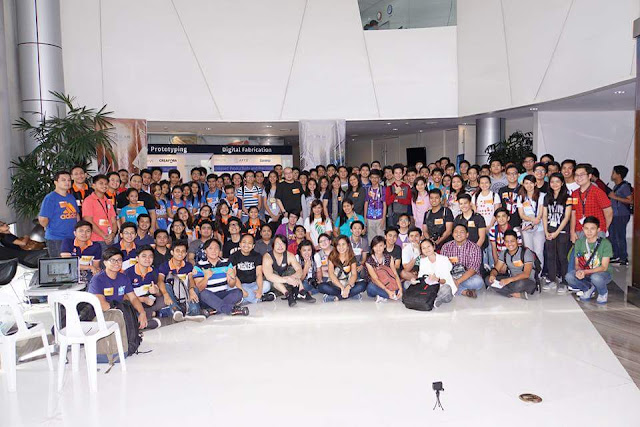 The largest celebration of the world renowned Arduino/Genuino Day in Manila was held last April 2, 2016 at the TechPortal, UP-Ayala TechnoHub, Quezon City which was organized by ThinkLab, a local research and development startup group together with RedWizard Events and EConnext Ideas + Media.

About 300 participants attended the event consisting of students, professionals, and hobbyists who came from different places such as Cavite, Pampanga, La Union and from the different Cities and Universities in Metro Manila.

The Largest Official Arduino Day in Manila gathered around 300 plus participants coming from different provinces such as Cavite, Laguna, Pampanga and La Union.

The event consisted of a plenary with key speakers like Juan Antonio Tuazon of DOST-SEI, Jun Fetizanan of Project FAME, IdeaSpace , Jude Defensor of Asian Development Bank, Emil Mananquil from I Am Cardboard PH and Christopher Misola, the Technical Evangelist of Microsoft Philippines.

There was also parallel workshops which focused on the Arduino 101 Basics headed by AMA Univeristy and Arduino with IoT handled by the students of Don Honorio Ventura Technological State University in Pampanga who was also the 3rd place winner of the recent IoT Hackathon. 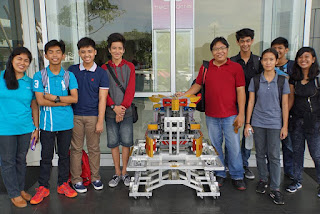 Several projects were showcased during the event including from those who joined the IoT Summit Hackathon last March 4 & 5. Cristopher David of VR Philippines brought their mixed reality robot, while Rizal High School brought Salamander their official entry to the Tagisang Robotics 2014 by DOST and ThinkLab.

Norde International Distributors and Thinklab also introduced their own makerspace called the SparkLab. It will be one of the biggest makerspace to watch out for. It will be open to the public on June 15, 2016 and makers could use 3D scanners and printers, laser cutters and CNC machines, and other makerspace equipment.

SparkLab Makerspace will be open to the public on June 15, 2016

ThinkLab, a leader in microcontroller education, started the initiative a few years ago when the first celebrated the world event locally in various places such as UP Diliman and an event center in Makati.

WHAT IS ARDUINO / GENUINO?

The Arduino is an open-source and cross-platform device with the endless capabilities of embedding electronics into mediocre day-to-day tasks and objects into exciting and fantastic projects. Originally based in Italy and founded by Massimo Banzi, his team migrated to the United States and brought their technology but was forced to rebrand globally after disputes with the other Arduino developers. Technology marketed and sold outside the USA are now called Genuino and are still the same with the original Arduino with Banzi’s ideals.

The event was supported by E-Gizmo Mechatronics Central and Circuit-Help Partners Company who gave out someraffle prizes for the participants such as E-Gizmo’s Gizduino Plus, a locally made Arduino, and Circuit-Help’s Arduino products, I am Cardboard PH also raffled two Google Cardboard that made the event more exciting while some new technology from ATEN and DNP was showcased like the ambient light resistant projector screen.

If you want to learn more about Arduino or other advance trainings, visit http://thinklab.ph/. They conduct regular workshops not just for High School, College and Professionals but also for Kids.

*This is Press Release
Posted by Boy Raket at 6:47 AM