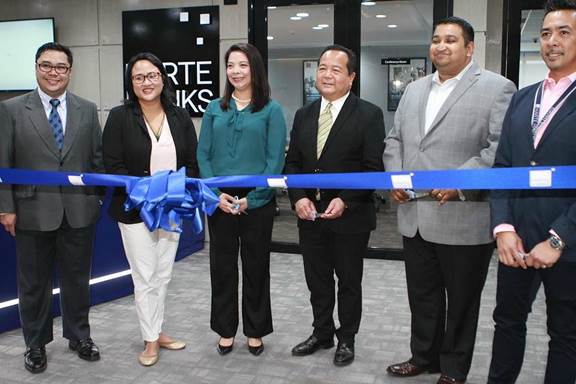 Harte Hanks (NYSE:HHS) praised the dedication and service-oriented culture of Filipino workers and called them the country’s main draw for foreign investors.

In a panel discussion, following the opening Thursday of the American marketing company’s new BPO-call center in the Mall of Asia (MOA) Complex, which was moderated by ANC Anchor Ron Cruz, executives of Harte Hanks and its local business said they decided to increase investment here because of the Philippines’ “very good” labor market.

“Filipinos possess a very strong work ethic and a culture of customer service,” said Benjamin Chacko, Harte Hanks’ Head of BPO Operations. “We have been always impressed by the skill and dedication of Filipinos who work for Harte Hanks. They have been an important factor in our success, and we look forward to sustaining our growth here.”

He added: “Our Filipino employees learn quickly, are customer-service minded and culturally aware of the United States, our primary service market.”

Chacko also attributed the steady growth of the country’s BPO industry to a highly-educated, English-speaking workforce.

Butch Valenzuela, treasurer of the Contact Center Association of the Philippines, who participated in the forum along with Jopat Lelay, project director of the Information Technology and Business Process Association of the Philippines, and Atty. Ray Glenn Agranzamendez, representing Pasay City Mayor Antonino Calixto, said the IT-BPO industry hired 1.2M workers in 2015 and would add another 100,000 this year to 1.3M.

The US-based firm’s Manila affiliate employs about 2,000 IT-BPO workers, majority of whom are assigned at its primary location in Fort Bonifacio, Global City.

Jonathan Bondoc, Site Director for Harte Hanks Philippines, said the company prides itself as a BPO with a low-attrition rate, or turnover of employees, focusing on in-house programs that engage, enable and retain personnel.

“Our employees generally stay for the culture and work environment we provide,” Bondoc stressed. “We pride ourselves in a culture that is inclusive and embraces diversity.”

He cited the company’s program dubbed Promise Based Management. “It is quite simply ‘Who will do What by When.’ We apply it to both our internal and external customers. Our commitments to our employees is updated through PBM boards across our sites. It outlines the promises we have accomplished and those that we are still working on.”

Harte Hanks began operating in the Philippines over a decade ago with a buy-operate-transfer partnership.
Posted by Boy Raket at 8:54 AM