2015 Was a Strong Year for Philippine Real Estate 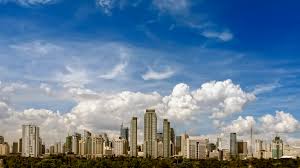 The biggest real estate players in the Philippines recently released their respective income reports for the year 2015, and as expected, the overall financial trend is predominantly good for almost all real estate companies. Online real estate portal Lamudi Philippines has listed down and analyzed the performance indicator of the country’s top real estate developers for 2015.

The highest income for 2015 goes to Ayala Land Inc. (ALI) at Php17.6 billion, 19 percent higher from the real estate giant’s 2014 figure of Php14.8 billion. The jump in profit was attributed to ALI’s diverse offering of residential and commercial products, especially its master-planned estates all over the country. ALI also amplified its presence in key growth centers and introduced three new integrated mixed-use estates in 2015. These are the 11-hectare Cloverleaf project in Quezon City, the nine-hectare Capitol Central in Bacolod, and the 700-hectare Vermosa in Cavite. Also highly anticipated is its Arca South project in Taguig and Vertis North in Quezon City. Early this year, the Ayala group has gained control of land-rich Ortigas & Co., along with the Sy (of the SM group) and Ortigas families.

Also coming strong is property giant Megaworld Corp., whose net income soared 10.58 percent from 2014’s Php9.40 billion. The company breached the Php10 billion mark in net core income for 2015, at Php10.40 billion. True to its title as the builder of live-work-play developments in the Philippines, Megaworld launched five integrated townships in 2015, marking a total of 20 integrated township developments across the country. Adding to the company’s success is the exponential growth of their rental business, especially BPO offices, for the last five years. As early as now, Megaworld Chief Finance Officer Francis Canuto shares that they are confident that they will reach the Php11 billion target by end of this year.

Federal Land of the GT Capital conglomerate recorded an Php8 billion profit for 2015, a 5 percent growth versus their Php7 billion in 2014. The company says it will continue to push its presence in the property industry with strong focus on residential development. “We eye high-end and middle-income projects for Federal Land and Horizon Land, whichever is best suited for our present land bank,” Federal Land Chairman Alfred V. Ty said.

Not to be outdone, Manny Villar–led Vista Land and Lifescapes Inc. announced a 14 percent yield growth in 2015 with earnings amounting to Php7.2 billion from Php6.3 billion in 2014 as it combined the income of recently acquired Starmalls Inc. The bulk of Vista Land’s 2015 profit, though, was earned by the Vista Land real estate group. Alone, it secured a 10 percent profit growth from their Php6.3 billion earnings for 2015. The company said that its Communities Philippines brand contributed almost half or 44 percent of the said revenues, followed by the Camella brand (12 percent), Vista Residences (12 percent), Starmalls (10 percent), Crown Asia (5 percent), and Brittany (4 percent).

The resilient performance of Filinvest Land Inc. of listed conglomerate Filinvest Development Corp. resulted to an 11 percent rise in consolidated net income. One of the country’s largest residential developers and BPO office providers recorded a Php5.10 billion profit for the full year 2015, from Php4.61 billion in 2014. Revenues from rental assets alone increased to Php2.95 billion in 2015, 12 percent higher than the Php2.63 billion reported a year earlier. Filinvest operates 14 buildings in Northgate Cyberzone in Alabang and one building along EDSA in Mandaluyong, which according to Filinvest, all of which are fully occupied.

Also at Php5.1 billion, SM Development Corporation, the residential division of SM Prime, clinched an 8 percent growth from their Php4.7 billion reported in 2014 despite flat revenues. However, this real estate sales figure is just 31 percent of the consolidated revenue of SM Prime, which recorded a 54 percent year-on-year uptick to Php28.3 billion for 2015. The profit was buoyed by a Php7.4 billion one-time trading gain on marketable securities booked in the first quarter of 2015. Without the nonrecurring item, the net income of the integrated property firm climbed 14 percent year-on-year to Php20.9 billion last year, a tad faster than the 13 percent jump to Php18.39 billion year-on-year to 2014.

Unfortunately, not all property developers are lucky to experience the upsurge of profit for 2015. Shang Properties and Rockwell Land reported flat performances. Shang grew from Php2.7 billion to Php2.8 billion, primarily due to higher condominium sales and rental revenue, while Rockwell Land maintained their Php1.6 billion 2014 profit. This is the slowest annual performance for the company since 2011.

Century Properties, on the other hand, revealed that its net income dropped to Php1.519 billion in 2015, down 29.6 percent from Php2.158 billion in 2014. The upscale property developer noted a substantial decrease in sales because of projects that were turned over in 2015 and prior years. There were also fewer project launches in 2015 and the company focused on turning over, completion, and collection, shared Teresita Fucanan Yu, Century Properties’ vice-president for corporate communications.