Cole and McWilliams-Franklin will join Jr. NBA/Jr. WNBA Head Coach Craig Brown to coach the 2016 finalists at the National Training Camp and will also serve as coaches for the annual Jr. NBA Alumni All-Star Game featuring past Jr. NBA standouts.  This year’s program has reached a record 20,000 players and coaches across the country. 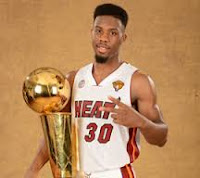 “I’ve heard basketball is a way of life in the Philippines, and I look forward to experiencing this passion during my first visit to the country,” said Cole.  “I am also eager to work with the Jr. NBA and Jr. WNBA participants and to share the importance of a winning attitude on and off the court.”

“It feels great knowing how much boys and girls in the Philippines appreciate basketball,” said McWilliams-Franklin.  “I’m excited to share my time on and off the court and inspire more children to play the game.”

The Jr. NBA/Jr. WNBA Philippines 2016 presented by Alaska culminates with the National Training Camp, which provides the top 50 boys and top 24 girls with the opportunity to train with and compete against their peers.  The finalists were selected from Regional Selection Camp participants from Baguio, Cebu, Davao and Manila.  At the end of the National Training Camp, 10 boys and five girls will be selected as Jr. NBA and Jr. WNBA All-Stars and will travel on an overseas NBA experience trip together with fellow Jr. NBA All-Stars from Southeast Asia.  The program will also feature the selections of the 2016 Jr. NBA and Jr. WNBA Coaches of the Year, who will join the Jr. NBA and Jr. WNBA All-Stars on the experience trip.

The Jr. NBA, the league’s global youth basketball participation program for boys and girls, teaches the fundamental skills as well as the core values of the game at the grassroots level in an effort to help grow and improve the youth basketball experience for players, coaches and parents.  During the 2015-16 season, the Jr. NBA will reach more than 6.5 million youth in 33 countries.

*This is Press Release
Posted by Boy Raket at 9:01 PM