NBA Opens Manila Office for Expanding Efforts in the Philippines 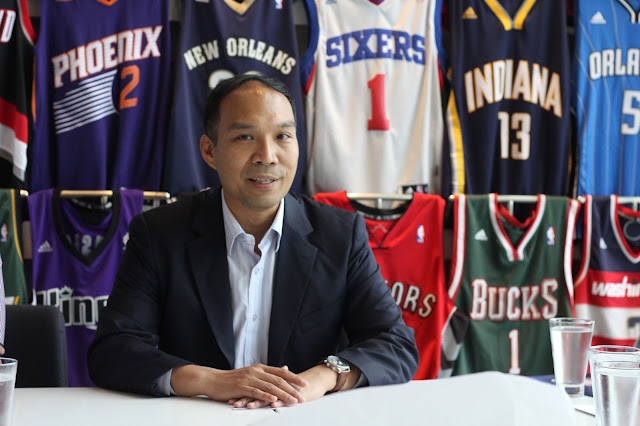 The National Basketball Association (NBA) announced on April 19th 2016 that the league has opened an office in Manila, Philippines, as part of its commitment to grow basketball and the NBA’s business initiatives in the country.

NBA Philippines Managing Director Carlo Singson will lead a dedicated local staff  to assist NBA headquarters in continuing the growth of all of the NBA’s business lines in the country, including television, digital, merchandising, events and grassroots programs, and social responsibility.  Singson’s nearly two-decade career with the league has included stints in the league’s headquarters in New York City and in the Hong Kong regional office.

“The NBA has experienced tremendous growth in the Philippines over the past decade, and we’ve helped more boys and girls play and enjoy the game,” said Singson.  “By establishing an office in market with dedicated staff on the ground, we will be better positioned to work with our valued partners to deliver the best NBA experiences to some of the world’s most passionate basketball fans.”

“Opening an office in the Philippines is the next step in our efforts to grow basketball and the NBA’s popularity throughout Asia,” said NBA Asia Managing Director Scott Levy.  “The fandom that exists in the Philippines presents an ideal opportunity to grow the game that we hope to replicate throughout the region.”

The NBA has established its existing business initiatives in the Philippines more than two decades ago. Most recently it staged NBA Global Games in Manila in 2013 featuring the Houston Rockets and the Indiana Pacers, and joined with local operators to open the first three NBA Stores in Southeast Asia, and the first NBA Cafe outside of the U.S.

The NBA currently has relationships with a strong network of television and digital media partners in the Philippines, including a partnership of more than 15 years with Solar.  Solar, together with ABS-CBN and FOX Sports, combine to televise more than 30 live NBA games per week.  The league hosts touring basketball events and grassroots basketball development programs for fans, such as the Jr. NBA/Jr. WNBA and the Gatorade NBA Training Center, and maintains a strong roster of marketing partners, including adidas, Alaska, CloudFone, Gatorade, Globe Telecom and Spalding.  The league also has a strong social media following in the Philippines, with 5.1 million followers on the NBA Global Facebook page ­– the most of any country outside the United States.

Through NBA Cares, the league’s global social responsibility initiative, the NBA has teamed up with community partners and nonprofit organizations including World Vision and Special Olympics to implement more than 40 community outreach programs nationwide since 2009.  As part of the efforts to inspire play and teach the values of the game to youth, NBA and WNBA players and legends conducted basketball clinics, visited orphanages and participated in court refurbishment projects.