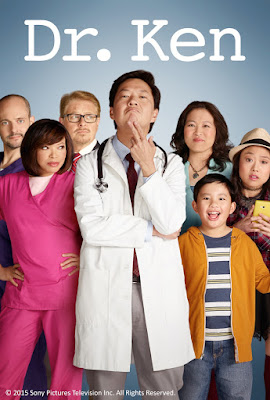 Tune into Sony Channel on 17 April to fracture your funny bone when “Dr. Ken” takes its place alongside “Baby Daddy”, “Younger”, “Bad Judge” and “Odd Mom Out” as part of the ROFLing* line-up on Sony Channel each week night. Ken Jeong is a funny guy known for his scene stealing abilities in “The Hangover” and “Knocked Up” but did you know he is a qualified M.D too? This latest sitcom is a perfect pairing of host and subject. Created, written, and co-executive produced by its lead actor, Ken Jeong; “Dr. Ken” is just what the doctor ordered.

Based on Ken Jeong’s own experiences in his career and family life, “Dr. Ken” pokes fun his everyday life. A perfect prescription of what not to do when dealing with complaining patients to working alongside colleagues or facing the daily trials of fatherhood; Dr. Ken creates drama with his impatient and way-too honest bed-side manner and over-zealous parenting style.