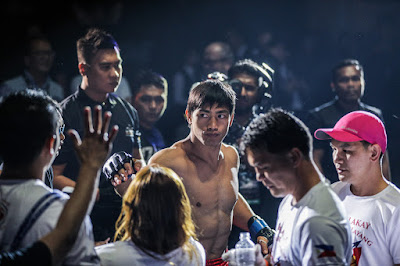 Although Eduard “Landslide” Folayang has been with ONE Championship since its inception in 2011, it marks the first time that he will be in the top bill of the organization’s live event in the Philippines.
The 33-year-old Baguio City native is set to lock horns with Malaysian-Kiwi sensation Ev “E.T.” Ting in the main event of ONE: KINGS OF DESTINY, which is ONE Championship’s tenth blockbuster show on Philippine shores.
With ten marquee matchups slated on the card, ONE: KINGS OF DESTINY takes place at the 20,000-capacity SM Mall of Asia Arena in Manila, Philippines on 21 April.
Folayang, who is universally recognized as the face of the Philippine MMA scene, has previously headlined two events under the ONE Championship banner. 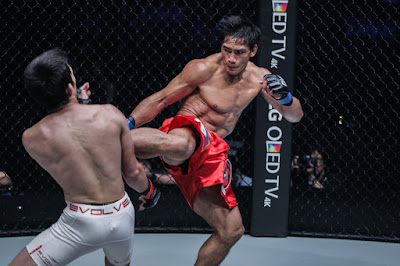 The popular Team Lakay representative competed in the headliner of ONE Championship’s inaugural card, where he notched a unanimous decision victory over Korean veteran A-Sol Kwon.
Five years later, Folayang found himself in the same position when he challenged Japanese MMA legend Shinya “Tobikan Judan” Aoki for the ONE Lightweight World Championship title in the main event of ONE: DEFENDING HONOR.
Folayang dethroned Aoki for the gold-plated belt by way of third-round technical knockout, driving a hard knee to the head before unleashing a barrage of punches to coerce the referee to wave it off.
In the first defense of his coveted lightweight strap, Folayang has been booked in the principal attraction of ONE: KINGS OF DESTINY, squaring off against a topnotch challenger in Ting.
Folayang stressed that he considers it as a privilege to be in the main event of the tenth ONE Championship card in the Philippines.
“It’s my first time to be in the main event of ONE Championship’s card in the Philippines. I know that it’s a big responsibility, but I am humbled and privileged to be in this position,” he said.
Folayang admitted that he is so motivated for his upcoming title defense as he will be fighting in front of a partisan Manila crowd for the first time in nearly three years.
“It’s going to be awesome. I love my country, and I love the Filipino people and all the MMA fans. I can’t wait to get back in there and defend our home turf. By the grace of God, I will emerge victorious,” he stated.


The man known as “Landlside” realizes that to be successful against Ting, he has to make sure he comes in at his absolute best.
“I know the stakes. I know what’s riding on this fight. Ev Ting is coming for my belt. He’s coming to take what I’ve worked so hard for my entire career. There is no way I’m just going to let him take it. It’s not going to be easy, that’s for sure,” Folayang shared.
With Ting recently making the move up from featherweight to lightweight, Folayang believes that his extra experience in the weight class will give him the advantage.
“My main advantage over him is my experience as a fighter, especially in the lightweight division. We all know that Ev Ting came from the featherweight division, so I’m more used to fighting in this division,” he said.
Although he may have a friendly and boyish demeanor outside the battleground, Folayang made it clear that inside the cage, it is all business.
“When I enter that cage, my entire mindset changes. The time for being nice and playing games is over. Once that cage door closes, my focus shifts entirely to battle. It’s different because it’s just like taking final exams. If I don’t take it seriously, I myself will fail. Only one guy gets to walk out of the cage a winner, so I make sure that guy is me,” he concluded.