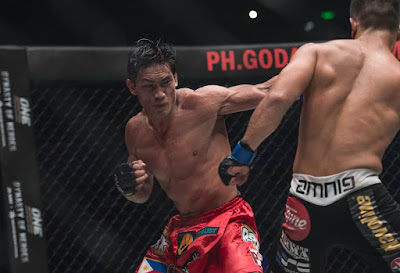 The largest sports media property in Asian history, ONE Championship™ (ONE), sent shockwaves throughout the capacity crowd at the state-of-the-art Mall of Asia Arena in Manila, Philippines with another exciting evening of world-class mixed martial arts action. ONE: KINGS OF DESTINY showcased a series of compelling bouts, punctuated by a thrilling main event that left fans on the edge of their seats. In the main event, Eduard Folayang successfully defended his ONE Lightweight World Championship, defeating Ev Ting by unanimous decision.

*This is Press Release
Posted by Boy Raket at 7:52 AM