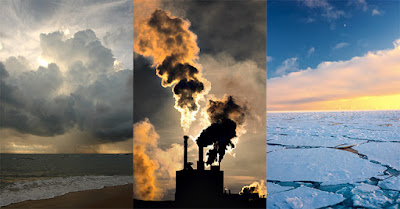 AXA, the leading global insurer, reaffirms its commitment to sustainability as it joins the fight against climate change. Thomas Buberl, AXA CEO, announced several initiatives and decisions that are to be set in motion in the areas of investments, divestments, and insurance.

“As a global insurer and investor, we know that we have a key role to play and are proud to have taken these decisions and to have inspired others,” said Buberl. “In the spirit of the Paris Agreement, we want to accelerate our commitment and confirm our leadership in the fight against global warming.”

In the investments front, AXA aims to reach Euro 12 billion in green investments by 2020, which is four times the 2015 achieved target of Euro 3 billion. This accelerated target is twice as high as the recommendation of the United Nations Framework Convention on Climate Change, which is to invest 1% of assets into green and clean technology by 2020.

In the area of Divestments, AXA decided two years ago to divest Euro 500 million from the coal industry, targeting companies, which derive over 50% of their revenues from coal. Today, AXA has decided to increase its divestment to a record fivefold or Euro 2.4 billion, this time targeting companies that derive more than 30% of their revenues from coal, have a coal-based energy mix that exceeds 30%, actively build new coal plants, or produce more than 20 million tons of coal per year. Similarly, AXA also announced the divestment of over Euro 700 billion from the main oil sand producers and associated pipelines, signaling the discontinuation of investments in these businesses.

In the field of Insurance, AXA said that as a group, it would no longer be insuring new coal construction projects as well as main oil sands and associated pipelines.

AXA is currently the second largest life insurance company in the Philippines, based on Total
Premium Income. Since 1999, AXA has focused on life insurance and providing solutions for savings and investments, health, education, income protection, and retirement. It pioneered bancassurance operations in the Philippines, which is the distribution of insurance products through banks.
Posted by Boy Raket at 9:30 AM