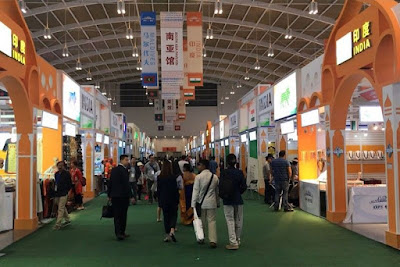 The Department of Trade and Industry (DTI) remains committed in supporting Filipino exporters and traders in maximizing opportunities that will help them gain access to markets such as China.

On 18 June 2018, Philippine Star published ‘PH officials no show in China expo’ mentioning that the country failed to take advantage of the said exposition by not sending representatives that would showcase the country’s products as expressed by the representatives of the Chinese Filipino Business Club Inc. (CFBCI).

The DTI is saddened by the statement provided by CFBCI in the report that mentioned the country’s lack of support to the private sector in taking advantage of the opportunities provided by the said fair. However, the DTI clarifies that the Philippines’ participation at the 25th China Kunming Import and Export Fair 2018 was discussed accordingly with the officials of the province of Yunnan during their visit to Manila last 17 May 2018, a month before the actual trade fair.

During the said visit of the officials of the province of Yunnan, the DTI expressed its support to the said fair. However, it also emphasized the lack of budget and limited time for preparation for the country’s participation at the Kunming Import and Export Fair this year and has offered to take a closer look on the proposal for the possibility of joining the fair in 2019.

On the same meeting, DTI Trade and Investments Promotion Group Undersecretary Nora Terrado also mentioned the process and the strategy implemented by the Department this year in determining strategic country participation at bigger fairs held in China. This is also in relation to the limited budget provided to the Department for trade fair participations abroad.

In record, the officials of the province of Yunnan expressed their support to the DTI’s decision not to participate this year at the 25th China Kunming Import and Export Fair and welcomed the invite of the DTI to meet with the Philippine delegation at the upcoming 1st China International Import Expo (CIIE) in Shanghai this coming November.

With the blooming trade relations between the Philippines and China, invitations and requests to join fairs and expositions in China abound from city, provincial, and national levels.  There has been an increase in inbound missions and support requests from many China-related business associations. DTI endeavors to attend to these requests to the extent of its absorptive capacity and priorities.

For this year, the DTI strategically programmed and planned the country’s bigger participation in nationally organized fairs/expositions which are:  SIAL China 2018 in Shanghai last 13-20 May, China-ASEAN Expo in Nanning on September and the 1st China International Import Expo (CIIE) in Shanghai on November. These are jointly supported by DTI’s Center for International Trade Expositions and Missions (CITEM) and the DTI’s Export Marketing Bureau (EMB) in close partnership with the private sector.

DTI’s Trade and Investments Posts in China (Beijing, Guangzhou and Shanghai) in close coordination with the home offices of DTI have been proactive in facilitating the country’s participation in trade fairs prioritized this year and have been assisting both public and private organizations for smooth coordination and synchronization of trade activities with China’s business support organizations.

In line with this, DTI seeks to gain increased support in the coming years by lobbying for bigger budget and dedicated support for the country’s increased participation in international trade fairs not only in China but also in other markets.

DTI also urges private sector organizations to continue to engage and partner with DTI in maximizing opportunities that the global trade offers to Filipino businesses and products.