There is No Stopping Mongolian Brute Narantungalag Jadambaa at age 42 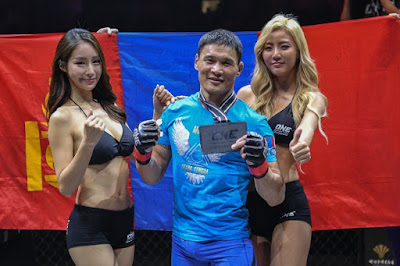 At an age when many athletes have already decided to call it a day, former ONE Featherweight World Champion Narantungalag “Tungaa” Jadambaa is still aiming to reach the peak form of his professional career.

If anyone thinks that his best days are in the rearview mirror, the 42-year-old Mongolian veteran begs to disagree.

“Age is just a number. Anything is possible if you work for it,” Jadambaa quipped.

Jadambaa, a grappler known for his immense one-punch knockout power, will return to action for the first time since losing to arch-nemesis Marat “Cobra” Gafurov in their November 2016 featherweight title rematch.

Since then, the Mongolian has been on the sidelines, but he has remained active at the gym, working to add new dimensions to his mixed martial arts arsenal.

At 42 years old, it may appear like he is at the tail end of his glorious stint as a mixed martial artist, but the trouper claims that he feels ten years younger than his actual age and is motivated to make another run at the gold. 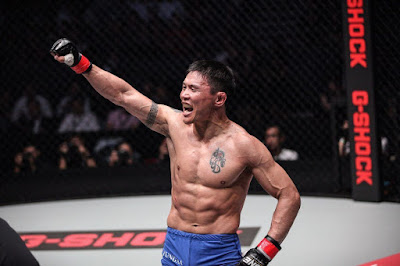 “After competing against Marat Gafurov, I thought that I needed to improve my wrestling and grappling skills, and my physical strength. Now, I think that I have improved myself even more than before,” he shared.

For his long-awaited return, Jadambaa is scheduled to take on Filipino hard-hitter Edward “The Ferocious” Kelly at ONE: PINNACLE OF POWER, which takes place at the Studio City Event Center in Macau, China on 23 June.

Jadambaa promises to display the new and improved skills that he has developed and do something special inside the five-rope ONE Championship ring.

“I have been ready to fight anytime,” he assured. “I am in good shape, and I am happy to fight again. My heart is driven to fight. I have been preparing new techniques, and I will show something new in my next fight. You can believe it.”

Although getting back into world title contention is often at the back of every competitor’s mind, Jadambaa pointed out that he is taking one bout at a time for now.

According to Jadambaa, the only thing occupying his thoughts at the moment is his upcoming three-round clash with Kelly, who has ascended up the ranks of ONE Championship’s featherweight division.

“I am only thinking about the fight with Edward Kelly now,” he stated. “If I beat him, I think it would be right to continue to fight, and it will motivate me to train more as a result.”

Jadambaa is well acquainted with the Kelly clan as he once shared the ONE Championship stage with the Team Lakay representative’s older brother Eric, whom he defeated by way of 44-second knockout in July 2016.

However, Jadambaa knows about the danger that the younger Kelly poses in their match-up at ONE: PINNACLE OF POWER.

“I think he is strong, a good fighter. You can’t compare him with his brother. Stylistically, both of them are different. I have a tall order in front of me on 23rd of June,” he said.

Entering the marquee featherweight contest as the older man, Jadambaa believes that age will be an issue.

“I always think that I am ten years younger than my actual age, so age will not play a factor at all,” he expressed.

According to Jadambaa, his age means he has less time to accomplish his goal than the younger lions in the organization, but he plans to make up for it by utilizing his vast wealth of knowledge.

Jadambaa revealed that he is concentrating heavily on his cardiovascular regimen to ensure that he can physically match anyone else in the division. 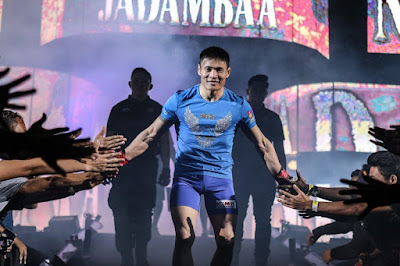 “The focus has to be on endurance and cardio. I do long distance running a few times a week. I mix that with 100-meter sprints,” he explained.

Even though many cageside pundits suggest that he should hang up his gloves for good due to his age, Jadambaa maintained that he is not yet done in the sport.

“My age won’t stop me from competing. I want to prove that age is no obstacle. It is only a number. Edward Kelly, be ready. I can still fight like a young and hungry warrior,” he ended