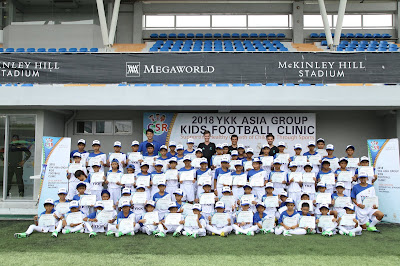 The two-day YKK Asia Group Kids Football Clinic came to a close last Sunday with 300 underprivileged kids getting the rare opportunity to learn football the Real Madrid way at the McKinley Hill Stadium in Taguig City.

Two kids from previously war-torn Marawi City were among those who experienced the world-class football training from coaches of the most multi-titled La Liga team in history with 33 Championship titles to its name. Children from Gawad Kalinga communities were first to undergo the clinics on Saturday, followed by children from lakeshore communities in Batangas on Sunday morning. Homeless children who live and sleep on streets and places like Luneta and the Caloocan Monumento who were cared for by Child Hope Asia Philippines had their own exhilarating football experience in the afternoon. 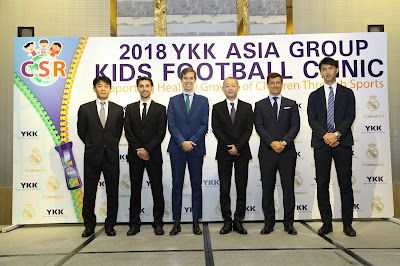 Mohammed Faried Anganto and Alintor Bangote were brought by their coach, Espiridion Paran under the auspices of Gawad Kalinga. “Football was one way for the kids to cope and transcend the experience of the past,” said their coach. “It was special for them to experience the YKK Football Clinic conducted by Real Madrid coaches because they learned new skills and trained with professional football gear. They’re used to playing with makeshift equipment, using tennis balls and playing barefoot,” he added.

Agustin Villarama, AVP for Marketing, YKK Philippines was elated about the outcome of the clinics, the second time that YKK Asia Holdings PTE LTD and YKK Philippines have brought the Real Madrid Foundation coaches to the Philippines to teach football to underprivileged kids. 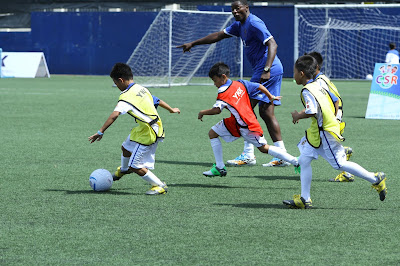 "After two days of clinics, we are happy to see that the kids are happy. We can see that these camps will produce positive effects for them in the future. Sports is a good tool to give a chance for these less fortunate kids," said Villarama.

The Real Madrid Foundation coaches also promoted values through sports and education, teaching the kids about commitment, responsibility and teamwork, all while having fun. 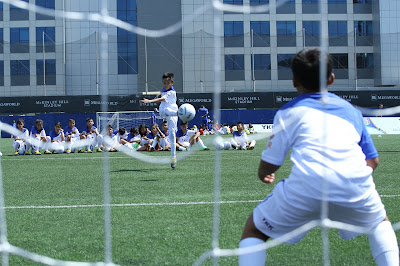 "The coaches were very passionate about the country and about the kids that they taught football to. They also enjoyed themselves throughout. That’s how much they love football,” Villarama added.