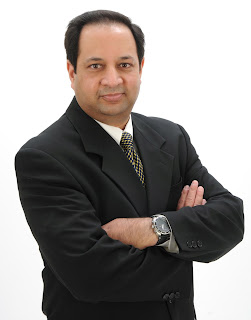 Citi, the leading global bank, announced the appointment of Manoj Varma as consumer business manager for the Philippines. A 27 year Citi veteran, Varma will be responsible for managing the company’s consumer franchise in the Philippines. Citi has been in the Philippines since 1902 and provides a full suite of consumer banking products and solutions including credit cards and wealth management.

Citi Philippines chief executive officer Aftab Ahmed said, “Manoj is a great addition to the Citi Philippines team. His wealth of experience at Citi in different regions will further strengthen our ability to being the best through the eyes of our clients.”

Prior to his new appointment, Manoj served as managing director and general manager of the Specialty Partners Group within the Citi Retail Services Business in the U.S. The seasoned retail banking executive has an extensive international experience having worked with Citi in the United States and the Asia Pacific region.

Manoj started as a design engineer, manufacturing computers for HCL India. He joined Citibank India as a management associate in 1990. In New Delhi, he handled Marketing and Product Development for the Auto Loan business and then led Citi’s Customer Services unit for Retail Loans in North India.

In 1993, after a brief stint in Auto Sales, he was appointed head of Retail Banking Operations in Chennai. He moved back to Delhi in 1995 as regional head of the Indian Cards business.

Manoj was named in 1999 product director for the cards business in Citibank Taiwan. Three years later he was transferred to Korea to lead the Cards business in the country.

In August 2006, Manoj became initiatives director for the Partnership Business of Citi USA’s Retail Partner Cards. He was named in early 2010 general manager for the Specialty Partners Group, with overall responsibility for majority of the partnerships within the Citi Retail Services business.